Life rafts offer safety to seafarers’ lives at sea. But even as they provide valuable shelter in times of need, they do not quench people’s thirst, after the stock of drinking water on the raft gets over. After years of chewing up on this conundrum, a product designing student from San Francisco’s Academy of Art University, Kim Hoffman has come up with a very viable solution to this problem – life raft that would produce drinking water from seawater. The life raft is called Sea Kettle.

Sea Kettle is a life raft that contains the necessary equipment to ensure the conversion of salty water of the high seas into drinking water. According to Hoffman, this viability of her creation further accentuates its overall dependability and handiness to users at times of need. 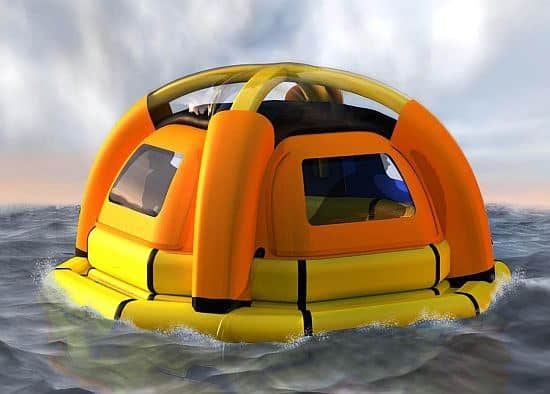 Hoffman’s version of life raft is ingenious and easy in terms of its workability. The process of filtering the salty water into potable can be explained as follows: 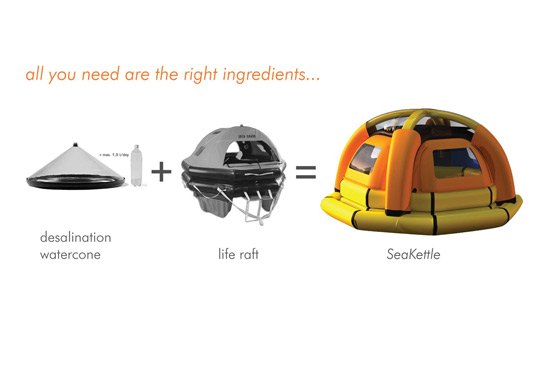 According to the designer, the idea behind the desalting procedure has been imbibed from a contemporarily existent desalting device – the desalinating cone. After countless time spent on researching and developing this equipment through 3D aid, the Sea Kettle finally developed in its complete physicality. The main materials used to build this equipment along with Gortex comprise of PVC, vinyl and Ripstop vinyl.

The pioneering invention has gained a place in the prestigious product designing fete – the James Dyson Award.