Last week, Turkish rescue divers saved a crew member of a fishing vessel who was trapped in an air pocket when the boat capsized off Samatya, Istanbul.

The divers investigated the capsized boat just off the coast of Istanbul and found a man had been trapped in the air pocket and was found to be alive.

Istanbul’s local government reported that the fishing vessel Kumsal-55 capsized about one mile off Samatya Beach, Istanbul at about 0430 hours on October 10.

According to a survivor, Abdullah Çelik, the fishing boat flipped while attempting to hoist a fully-laden net and its catch over the side. When it capsized, several of the 13 crew members were trapped underneath or inside. 11 were rescued, including Çelik, but two did not survive. 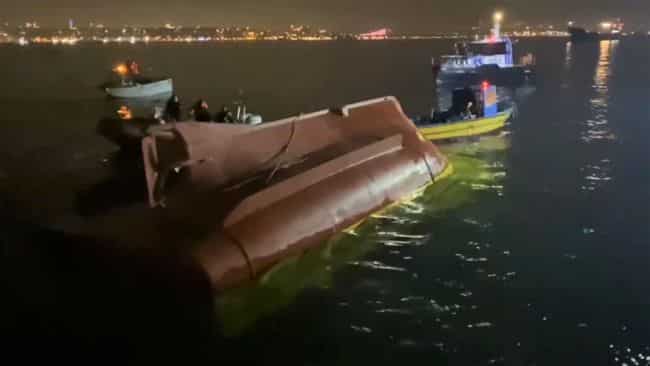 The ship’s cook, Cemal Agabey was below decks at the time of the casualty and was trapped in an air-filled compartment within the hull. He stayed in there for four hours after which, rescue divers found him and helped him swim out to safety.

In the video, Turkish police divers search the boat to find Cemal standing in one part of the ship. He is given a diving mask and breathing apparatus and he is guided out to safety. 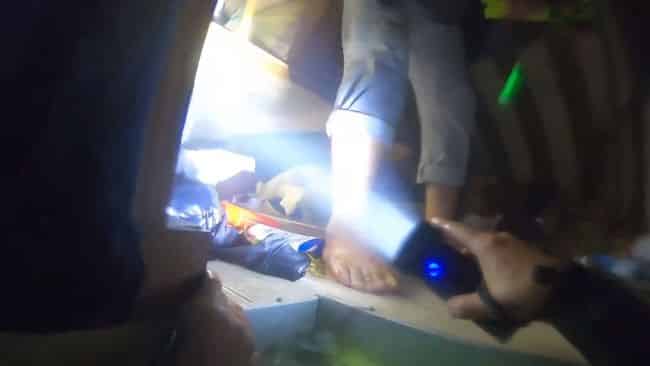 Istanbul Governor Ali Yerlikaya said: “I congratulate our coast guards for saving brother Cemal and 10 other fishermen during a dramatic rescue operation after the fishing boat capsized in the early hours of the morning.”

“I am a chef on the boat. While my colleagues were working on the deck, I was sleeping down here. Then the boat capsized. There was a space where I could breathe next to the engine where seawater could not get in. I was trapped there. I waited for four hours to be rescued and I was scared I would die there like that. Thank God the coast guard found me and saved me. I later learned that two of my friends died, I am so very sorry about that,” Cemal said after the incident.