The International Seafarers’ Welfare and Assistance Network (ISWAN) has released a new video focusing on the risks posed to Indian seafarers who sign up to unlicensed crewing agencies.

Every year, a number of Indian seafarers join merchant shipping through crewing agencies not registered with the Directorate General of Shipping, even though it is mandatory for all agencies to obtain a Recruitment and Placement Services Licence (RPSL) from the Government of India. These agencies pose a number of serious risks to seafarers – abandonment on vessels outside India, unpaid wages, prison time from working on board ships carrying illegal cargo, and sea time not counted by the Directorate General of Shipping, to name a few.

All these difficulties affect not only the seafarers themselves but also their families, who can find themselves financially at risk without a reliable income upon which to survive. 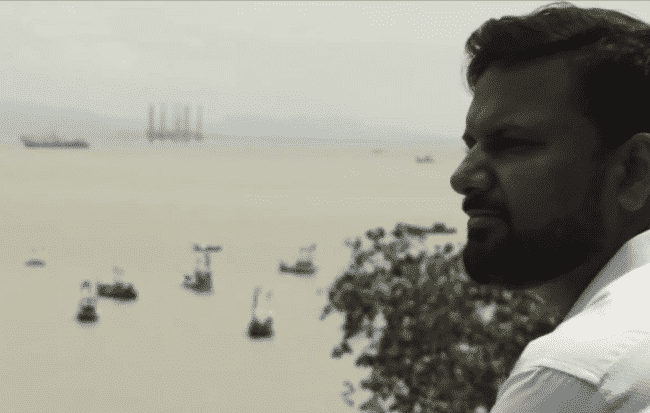 ISWAN’s new video, which can be viewed here, has been released as part of ISWAN’s campaign against unregistered crewing agencies in India, which was launched in January 2018. The video features Mayur, a seafarer who joined a vessel through an unregistered crewing agency and spent 22 months at sea when the crew was abandoned by the ship owner. Six months into the voyage, the crew found themselves with a shortage of fuel, food and drinking water and had to rely on passing vessels for provisions. Also interviewed are Ajay and Vikrant, who completed their pre-sea training with a maritime institute not approved by the Directorate General of Shipping. Both were then deceived by fraudulent crewing agencies who charged them to find work at sea.

The Indian Government has cancelled a number of licences of non-complying agencies and launched an e-migrate system, which has helped to reduce the number of seafarers leaving the country through such agencies. However, some registered manning agents have been found to have links with illicit agents.

When ISWAN receives a case of a seafarer being duped by an unregistered agency, ISWAN’s Regional Programme provides humanitarian assistance to the seafarer and guides them on the best practices to follow. The seafarer is advised to contact their union and file a complaint with the nearest police station. If the seafarer is stranded or abandoned outside India, then ISWAN’s office in India works closely with stakeholders including with Ministry of External Affairs, the Indian Consulate and the local mission in that country along with other welfare agencies to arrange repatriation. ISWAN advises any seafarer in this situation to ensure they do not join through such agencies in future and to try to enhance their skills so they can get a better job in the shipping sector or in any other sector. This will help them to earn their livelihood and be able to support their families by working in a decent work environment.

ISWAN’s Executive Director, Roger Harris, said: ‘A number of Indian seafarers are being deceived by these unregistered agencies into paying for jobs at sea. Our new video highlights this problem. ISWAN is working with a range of partners in India to stamp out this illegal practice that cruelly exploits seafarers.’

The full list of registered agencies can be found on the Directorate General of Shipping website here. If a seafarer of their family has any concerns or finds themselves in need of assistance, they can contact ISWAN’s free, confidential, 24-hour helpline, SeafarerHelp. Contact details can be found at www.seafarerhelp.org.

Video: A Sneak Peek of World’s Largest Cruise Ship – Harmony of the Seas

Raw Video: Ship Caught in Storm, Extreme Listing
Want to share your tips and advice? Got questions? Visit the community forum to ask questions, get answers, meet people, and share your tips!