Early yesterday morning Boskalis successfully completed an impressive dual vessel float-over operation of the Aasta Hansteen topside. Over the last number of years Boskalis through its subsidiary Dockwise, has played a critical role in the transportation of the Aasta Hansteen SPAR from South Korea to Norway and the topside installation. With this achievement, Boskalis has broken many engineering records with the transport of the largest and heaviest SPAR ever, the largest catamaran topside float-over and more than 100,000 worked hours with zero lost time injuries.

The Aasta Hansteen FPSO SPAR is a gas production and storage platform that will be operated by Statoil on the Aasta Hansteen field approximately 300 kilometers off the coast of Norway. The SPAR consists of a lower part, referred to as the hull or substructure, and the topsides on top of the SPAR hull. 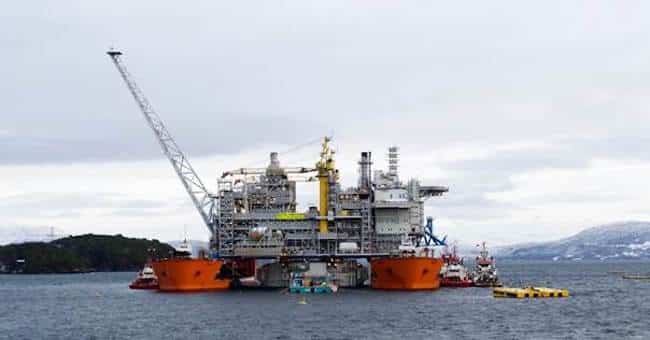 The SPAR hull was transported horizontally by Boskalis from the yard in South Korea to a fjord near Stavanger in Norway. This enormous cylindrical buoy with a diameter of 50 meters, 198 meters length and weight of 46,000 tons was transported by the Dockwise Vanguard earlier this year.

Subsequently, Boskalis transported the 24,300 tons topside which was also built in Korea. This operation was carried out with the White Marlin, the newest and second largest vessel in the Dockwise fleet. 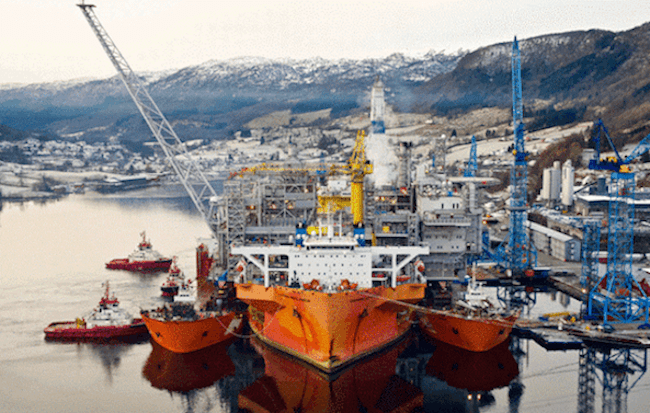 The third and final phase was the installation of the topside on top of the SPAR hull. Once the White Marlin arrived in Norway, the topside was transferred onto two S-class vessels, the smallest in the Dockwise fleet (image 3). After accurately positioning these two vessels on either side of the White Marlin, they started un-ballasting whilst the White Marlin ballasted down and maneuvered out from underneath. The result was a sort of catamaran structure with the topside linking the two hulls. Over the weekend, the catamaran structure with the topside was towed out to the vertical SPAR hull (image 4). Once everything was in position above the substructure, the mating operation between the hull and topside was successfully completed (image 5).