On 5 April 2010, the German container ship Taipan was hijacked by Somali pirates (and a few hours later freed by Dutch soldiers).

A maritime patrol aircraft of the German Navy watched the attack and recorded the video. 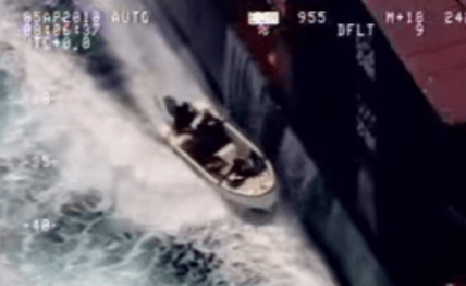 This material was recently published by the German Navy.