Samsung Heavy Industries is attracting attention by showing the most advanced technology in the field of remote autonomous navigation, the future technology of the shipbuilding industry.

Samsung Heavy Industries announced on the 19th that it has succeeded in remotely and autonomously operating an actual ship with a length of 38 meters and a weight of 300 tons offshore near the Geoje Shipyard. 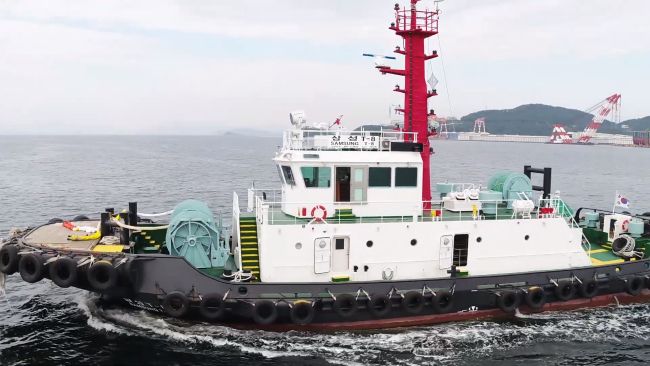 This demonstration was held at the same time at the Geoje Shipyard and the remote control center installed at the Daejeon Marine Research Center 250km away.

Samsung Heavy Industries succeeded in demonstrating it by mounting the SAS (Samsung Autonomous Ship), a remote autonomous navigation system developed with its own technology, for the first time in the shipbuilding industry on the actual tow vessel’SAMSUNG T-8′.

SAS analyzes signals from navigational communication equipment such as Radar, GPS, and AIS (Automatic Identification System) installed on the ship in real time to recognize nearby ships and obstacles, and evaluates the risk of collision considering the ship’s operation characteristics to optimally avoid It finds the route, and the ship can safely navigate to its destination by automatically controlling the propulsion and steering system. 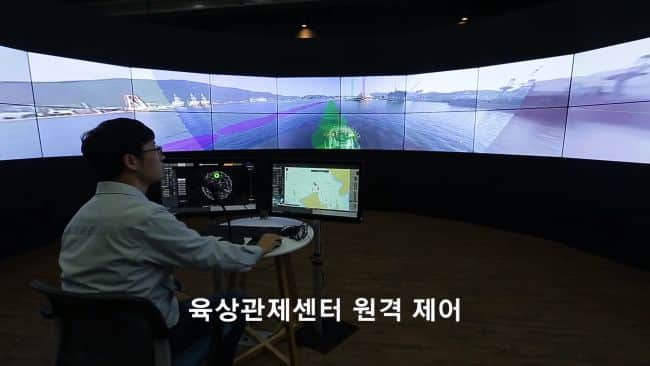 In addition, through the world’s first 360-degree around-view for ships and LTE/5G mobile communication technology, it is possible to remotely control the ship while viewing a video as if looking down at the ship directly from the sky at a remote land control center. It is possible.

In the actual test operation, the SAMSUNG T-8 returned safely to its destination about 10km away without the intervention of the crew.

In particular, it showed a collision avoidance technology that avoids other ships or obstacles that appear within a radius of 1km during operation. 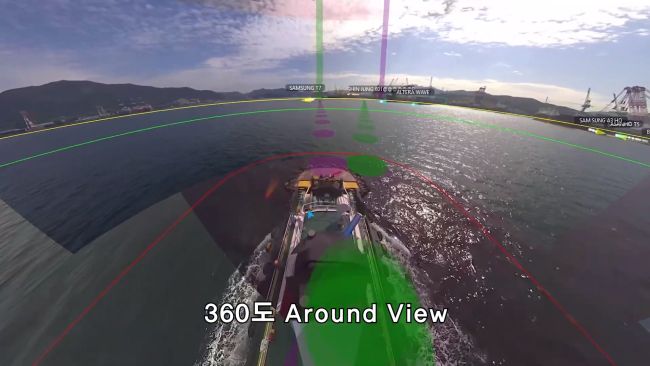 In addition, at the land control center located in Daejeon, the operation status of the ship was monitored in real-time through a video combined with augmented reality (AR) technology through a large screen, and a technology to directly remotely control the ship was demonstrated.

Shim Yong-rae, head of Samsung Heavy Industries’ shipbuilding and maritime research institute, said, “SAS is a safe navigation solution that reduces the burden of crew members by autonomously searching and operating the optimized route.” “We plan to commercialize it in 2022 with a more advanced navigation assistance system.” 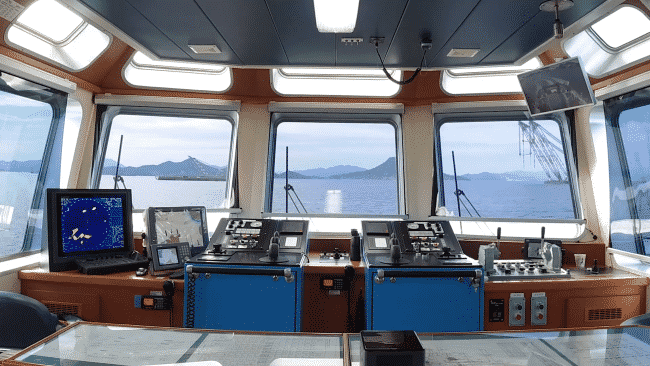 On the other hand, Samsung Heavy Industries is taking off as a ‘first mover’ in the field of remote self-driving by successfully performing remote autonomous navigation tests and actual ship demonstrations through the industry’s first LNG carrier-shaped model ship’EasyGo’.