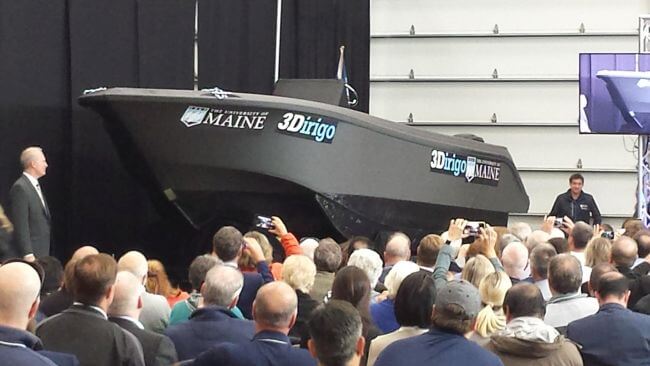 “A 40-pound rowboat on the West Coast of the United States,” Dagher says. “We went from 40 pounds to 5,000 pounds, so hopefully this record will hold for a little while.”

The new 3D printer is designed to print objects as large as 100 feet long, 22 feet wide and 10 feet high, with an eye toward creating a new market for Maine’s forest products industry by 3D printing plastics with 50 percent wood. UMaine says the 5,000 pound boat was printed in just 72 hours.