NSRI are urging fishermen and vessels at sea off the Cape Peninsula and False Bay Coast to be cautious and aware of a large capsized vessel floating semi-submerged last known to be 9.8 nautical miles due South of Cape Point at approximately 16h00, Friday, 01st May.

NSRI became aware of the floating wreck today after being alerted at 14h05, Friday, 01st May, by a fisherman who happened upon the capsized vessel. NSRI Simonstown responded aboard their sea rescue craft SPIRIT OF SAFMARINE III and SPIRIT OF SURFSKI II. 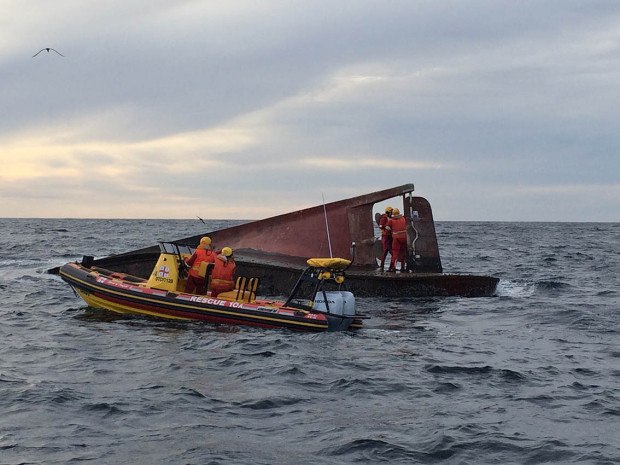 NSRI Simonstown have attached life-jacket strobe lights onto the wreck in an effort to make the wreck more visible to passing traffic. Our greatest concern is fishermen departing to go to normal fishing grounds South of Cape Point before sunrise and returning after sunset as the floating wreck is barely visible. 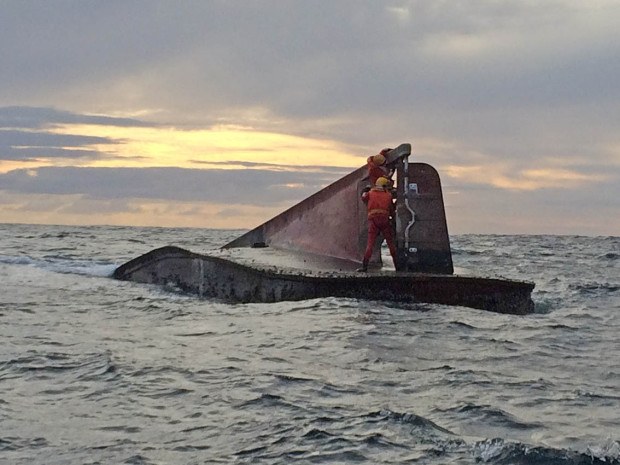 It appears that sightings of the floating wreck have been made before. It is unknown what vessel this is or where it originated.

A Marine Biologist who is an NSRI Hout Bay volunteer and who accompanied NSRI Simonstown today suspects that, judging by barnacle growth on the wreck, she may be about two months old.

Telkom Maritime Radio Services are posting a Maritime Navigational Hazard for vessels in the area to be on alert.

NSRI will attempt to monitor future sightings to track progress of the floating wreck.