70 years of helping international shipping become safer, more secure and develop a greener environmental footprint – that’s what IMO is celebrating in 2018, with a series of events and commemorative productions being released throughout the year. The latest is a short animated film which shows how IMO has developed mandatory international regulations covering almost every aspect of shipping. As a result, modern shipping conforms to the highest practicable standards and is the safest, cleanest and most efficient way to move goods around the world. 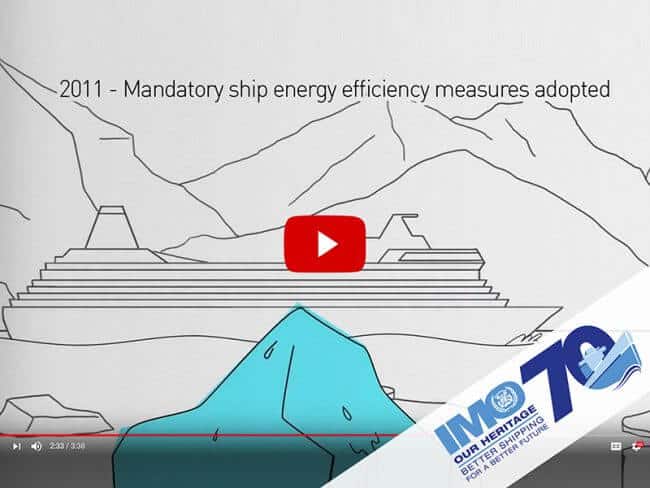 The animation traces IMO’s voyage from the 1948 United Nations conference in Geneva, which saw its founding convention adopted, through to the present day. It highlights key developments such as new rules for tanker safety following the infamous Torrey Canyon incident in 1967, the satellite-based Global Maritime Distress and Safety System and the designation of several vital environmentally sensitive areas around the world which today receive special protection from shipping.

The formation of IMO’s two unique educational establishments is also featured, along with the organization’s work to ensure seafarers are both properly educated and trained and receive adequate legal protection.

IMO’s theme for this celebratory year is “Better Shipping for a Better Future” and this animation captures how IMO has been pursuing that goal since its inception. See it for yourself – visit our YouTube channel or follow us on social media (Twitter/Facebook).

Watch The Short Animated Film Below: