At the end of June 2016, Blue Water Singapore was awarded a Heavy Lift Shipment from SVITZER Transmar S/A Maritimos Servicos which is part of the Maersk Conglomerate.

Blue Water was engaged to handle the dry mobilization of four newly built ASD 3200 tug boats from Hong Kong to Brazil and Panama delivering two tug boats to each destination. Each tug boat has a weight of 700 metric tonnes and all 4 tugs boats had to be shipped together on one vessel. 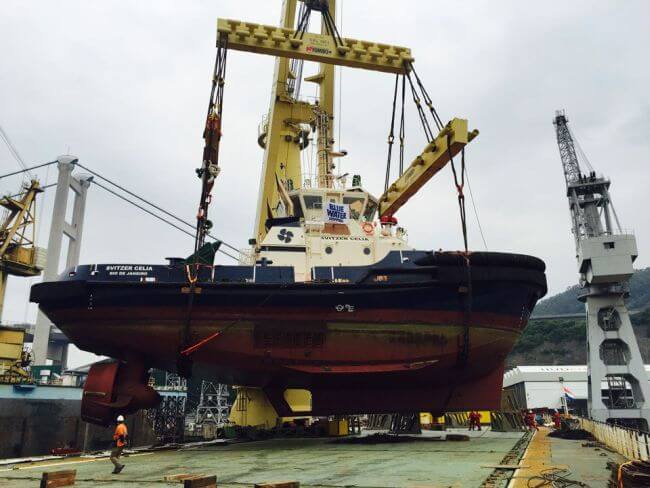 The perfect vessel for this challenge was found to be the MV ”Jumbo Jubilee” from the Dutch Heavy Lift Vessel Owner Jumbo Shipping. She has a combined lifting capacity of 1800 metric tonnes and the ability to sail with open hatches which was needed due to stowage challenges. 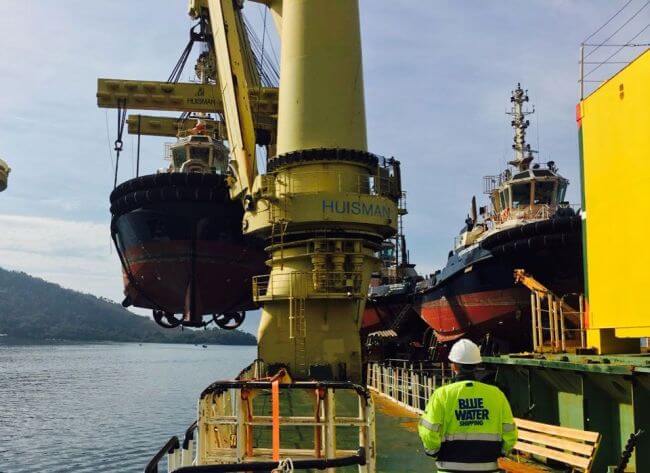 The biggest challenge with this dry mobilization was the lifting concept for the tugs and the odd shaped hulls. The tugs are not equipped with lifting lugs. Eventually, a safe lifting concept was developed together with Jumbo Shipping who provided the lifting gear. 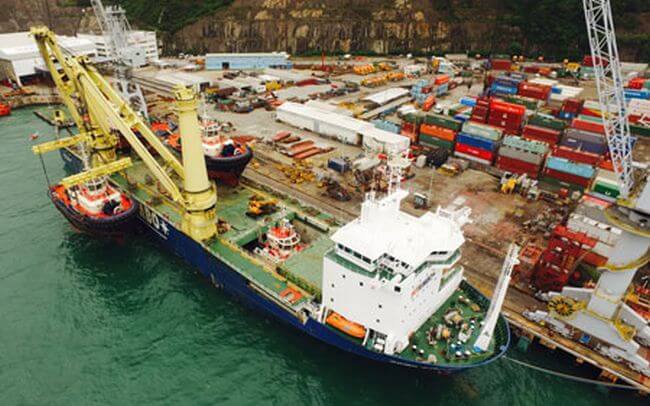 Blue Water’s contractual scope included the design, engineering and fabrication of customized cradles for the tug boats. This was carefully developed by our regional engineering department in Singapore together with a yard in Doumen, China.

The design and strength of the cradles play an important role during the 13,800 nautical mile long journey.