For the first time, some of the world’s most famous cartoon characters will set sail on their very own cruise liner, Cartoon Network Wave. This fully-branded ship is the result of a partnership between Oceanic Group, Asia-Pacific’s leading cruise management company and Turner, the global media giant behind Cartoon Network. Set to make its maiden voyage from its home port of Singapore in late 2018, the 11 guest-deck, 2,000-guest Cartoon Network Wave will be one vast haven for toon-loving travellers. With the ocean as a backdrop, families will enjoy the world’s first immersive Toon vacation at sea, and an adventure with their favourite Cartoon Network stars. 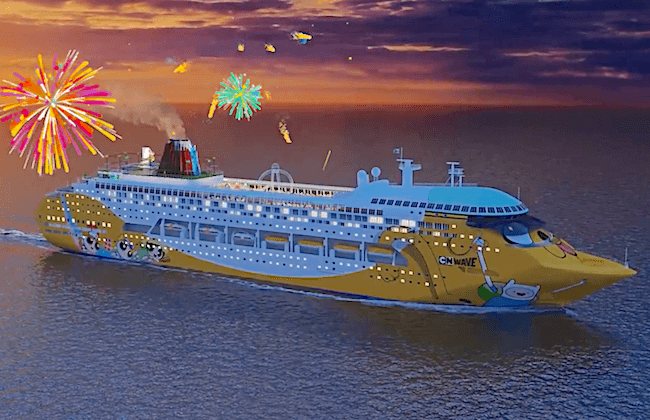 While there are many existing projects by Turner’s location-based entertainment team including Cartoon Network-branded restaurants, theme parks, waterparks around the world – and even planes and trains – this is the first time anywhere that a cruise liner has undergone a full Cartoon Network transformation.

The theming and entire onboard experience of Cartoon Network Wave is inspired by Cartoon Network’s universe of well-loved characters from iconic shows such as Adventure Time, Ben 10, The Powerpuff Girls and We Bare Bears. This includes a variety of diverse entertainment, activity and recreation features, as well as retail and food and beverage options. 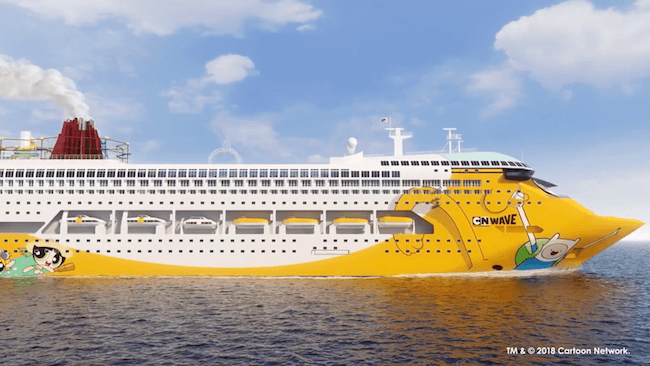 Cartoon Network Wave will be docked at the Singapore Cruise Centre and will sail to 13 popular destinations in the Asia Pacific region including Singapore, Malaysia, Thailand, China, Taiwan, South Korea, Australia and Japan. Dates and itineraries for its routes around Asia Pacific will be announced in the coming months.

Oceanic Group’s Chief Executive Mr Daniel Chui said the partnership represents the company’s commitment to capitalise on Asia’s growing cruise travel market. “A homegrown cruise project, Cartoon Network Wave heralds the start of a new vacation experience for cruise-goers in Asia where cruise travel meets personalised journeys through experiential story-telling. With Singapore’s position as a cruise hub in Asia, we believe it is only fitting that we dive right in and ride the surging tide of this passenger cruise wave.” 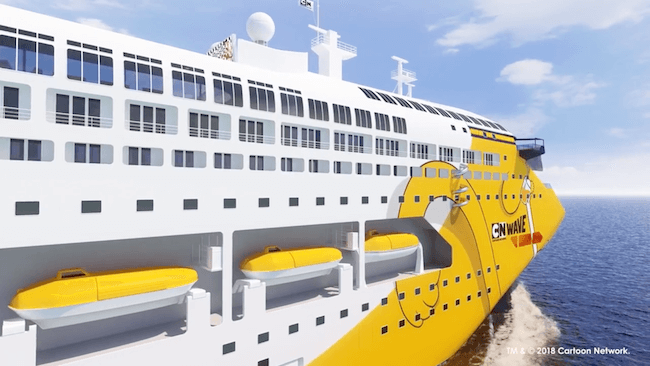 “Turner is always looking at new ways to bring our characters to life – and Cartoon Network Wave will be their home on the high seas. The ship has remarkable potential to offer our existing fans a truly unique immersive experience, as well as create new ones. We couldn’t be more excited by the partnership with Oceanic Group in jointly creating a world first,” said Mr Ricky Ow, President of Turner Asia Pacific.

“The debut of Cartoon Network Wave as a new homegrown cruise product is testament to the vitality of Singapore as Southeast Asia’s leading cruise hub. It will also augment Singapore’s appeal as a top family destination by adding to the diversity of Singapore’s line-up of offerings. We look forward to more family visitors coming from the region with Cartoon Network Wave’s exciting deployment here,” said Mr Yap Chin Siang, Assistant Chief Executive (Policy & Planning Group), Singapore Tourism Board.