The movement of supplies and cargo from the United States across thousands of miles of ocean to Antarctica to support scientific research on the southernmost continent relies on a certain serendipity. When that fails, the Army is send in.

That’s what the National Science Foundation (NSF) did when the ice pier at McMurdo Station, constructed during the 2011 winter, failed to thicken and harden, eventually melting away during the summer months like a deflated soufflé. 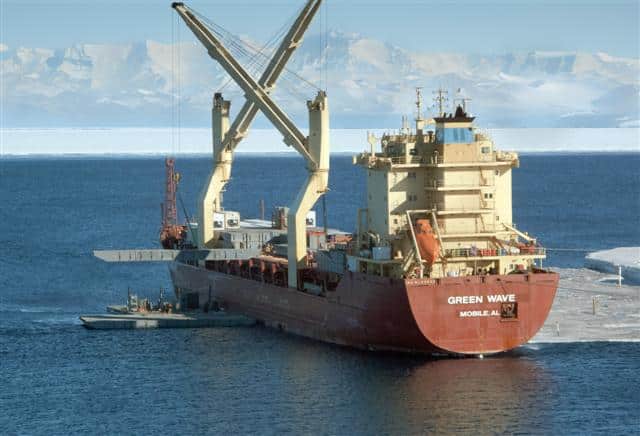 Due to an unusually warm winter last year, the floating ice pier that is normally used to offload cargo melted badly this summer, making it unusable. A temporary floating pier had to be installed by the U.S. Army Transportation Corps.

You can read about the whole incident here.