In October, 2013, the first of three new-generation stealth destroyers for the U.S. Navy, the Zumwalt (DDG 1000), was launched at Bath Iron Works shipyard in Maine. Here’s a great timelapse video showing DDG 1000′s transition from dry dock to float-off on the Kennebec River:

USS Zumwalt is the first of the DDG-1000 class of destroyers of US Navy. It is longer, faster and carries state-of-the-art weapons that will allow it to destroy targets at more than 60 miles away, according to the Navy. 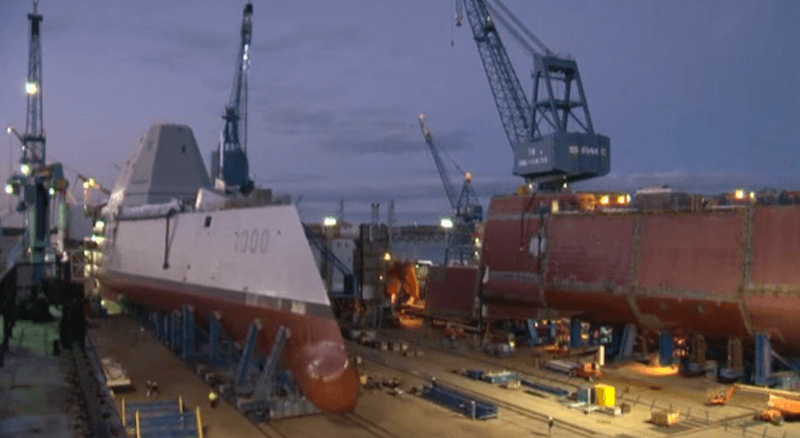 Much of the ship’s superstructure is wrapped in a huge canopy made of lightweight carbon fiber composite. When its begins missions, the Zumwalt will be the largest stealth ship in the Navy.

US Navy Receives Delivery Of The Lead Ship ‘USS Zumwalt’

Watch: A Scuba Diver Was Lucky To Be Alive After Freighter Passes Over Him