Bataan, with elements of the 22nd Marine Expeditionary Unit, is operating in the U.S. 6th Fleet area of operations to augment U.S. Crisis Response forces in the region. (U.S. Navy video/Released) 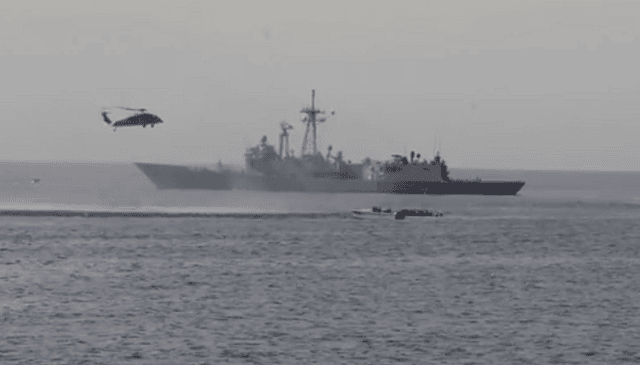