Home » Videos » Video: Make Way For The Largest, Fastest And Shiniest Superyacht Of All Time
TwitterFacebookLinkedInPinterestBuffer

We were not joking when we said all of the largest, fastest, as well as shiniest altogether. That’s because Heesen Yachts’ brand new 265-foot superyacht, Cosmos has it all. 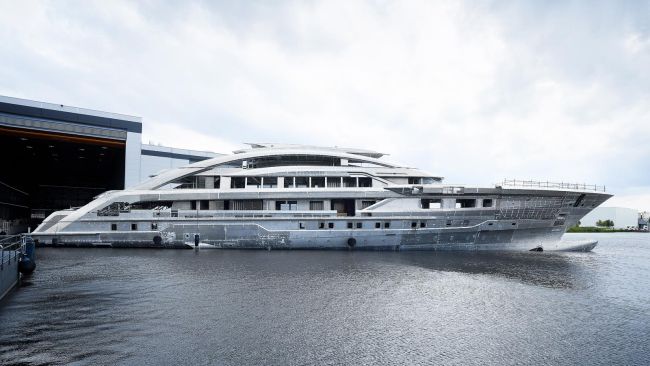 The superyacht has been dubbed to reach a top speed of 30 knots. With its staggering size, the vessel would be the largest ever built on a Dutch superyacht yard.

We dug into the reason behind such an engineering marvel and found out some astonishing facts. The main reason the superyacht has been deemed as the ‘shiniest’ is because of the material used in its hull construction. 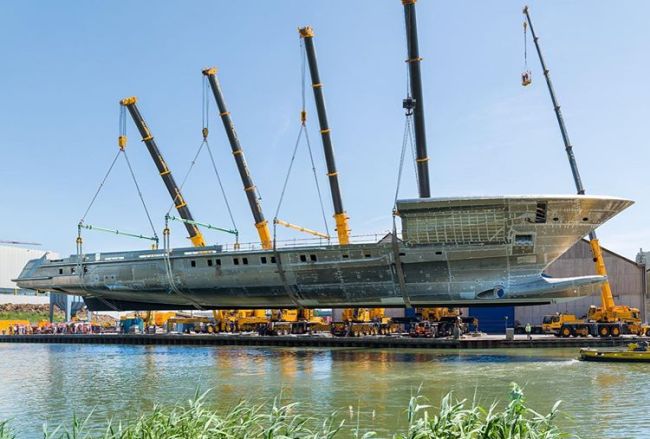 Superyachts are generally built with normal steel that weighs much, bringing about limitations onto the overall speed of the vessel. The Cosmos, designed by the famed Winch Design, uses aluminium instead, which imparts the superyacht it’s shiny exterior. It also makes the vessel extra light, enabling it to attain a top speed of 30 knots.

In fact, Hessen has tremendous experience in building some of the best superyachts the industry has ever seen, made a new method of building the Cosmos that allowed the company to arrange for a new way to add longitudinal strength to the design, using a patented method of building a ‘backbone’, operating in lines of an I-beam.