The float-out of the 146,600 gt cruise ship Norwegian Getaway, which is built for the US cruise operator Norwegian Cruise Line, occurred in the morning of Nov 2nd 2013.

The Norwegian Getaway’s conveyance down the river Ems towards the North Sea, where she will start maiden voyage scheduled for mid-November 2013.

With the ship being berthed at the yard’s pier, the remaining work and tests and trials will be carried out in the next few days. Within merely a couple of days, the first crew members will move into their cabins on board, and familiarize themselves with the ship itself and its numerous systems.

The ship has a length overall of 324 m and is 39.70 m wide. Its construction complies with the latest safety standards, and the ship meets all valid environmental regulations. 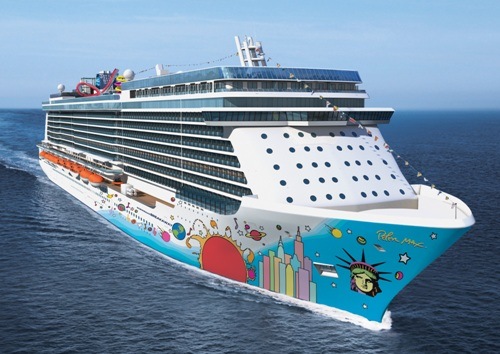 Norwegian Getaway is scheduled for delivery in mid-January 2014.