Her Royal Highness the Crown Princess named the world’s largest ship at Langelinie in Copenhagen.

The name giving ceremony also marked the official opening of the vessel, the second in a series of 20 Triple-E vessels,  and the adjacent public exhibition. 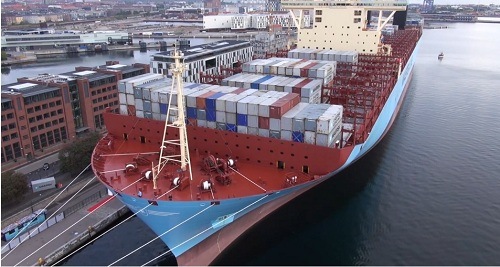 Watch the video of the second triple E in Copenhagen.