Watch this shocking video of a tugboat which capsizes along with a man inside while pulling a barge at Skookumchuck Narrows . The man is trapped inside the capsized tug before he is rescued by a Kayaker.

Kayaker Dave Fusilli of Team Demshitz paddles out his Pyranha kayak in an attempt to save the man from the wreckage. Luckily no one was killed and a nearby tug pulled the barge and submerged tug to safety before the tide went out and the rapids of Skookumchuck became dangerous. 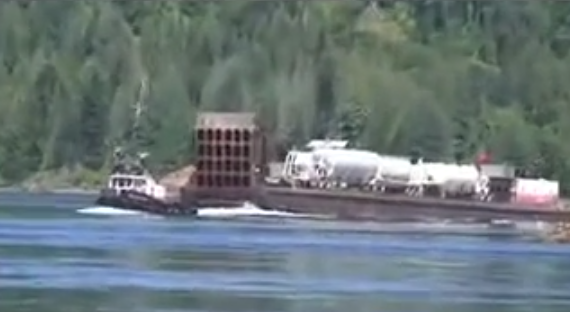 Do you have more information on this terrible accident? Let us know in the comments below.

NOTE: Marine Insight does not have enough information to verify this video and cannot vouch for its accuracy.

Thanks to Team Demshitz  for posting this video.

Disclaimer : Occasional use of foul language