A fertilizer ship broke into two on 5th February after hitting a sea wall off the southwestern coast of France in high winds.

Two helicopters lifted a dozen crew members to safety from the empty freight ship, which was initially feared to be fully loaded. 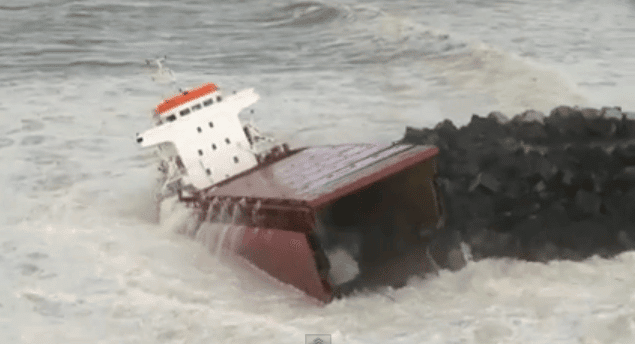 The ship had suffered had suffered engine problems and was carrying between 120-160 cubic meters of fuel in its tanks at the time of the incident.

Do you know more about the accident? Let us know in the comments below.

NOTE: Marine Insight does not have enough information to verify this video and cannot vouch for its accuracy.