The United States’s NOAA had launched a fisheries survey vessel Reuben Lasker  in June last year. The 208 ft. vessel was side-launched into the Menominee River and the full ship launching ceremony was captured in a dramatic video taken from the forward side of the ship. 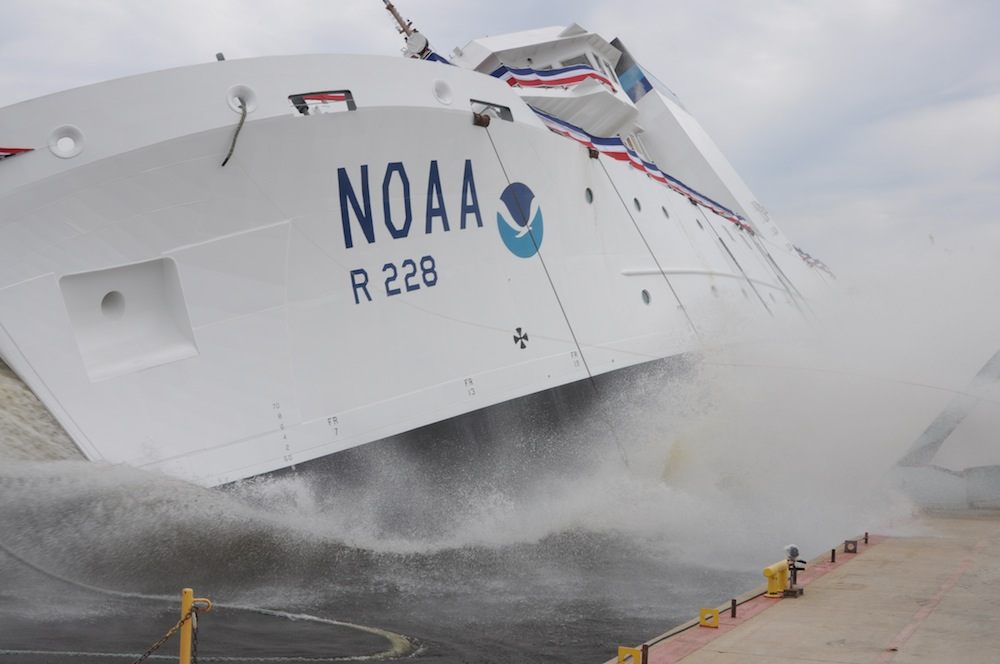 However, there is a different side to this story. The same ship launch was captured by another cameraman from a different angle (Ship’s Aft), which definitely shows that it wasn’t the best angle to shoot the ceremony.

This video, which was recently launched online, instantly went viral. The scary footage shows how a wave created from the ship launch and filled with wooden pieces and debris knocked off the cameraman and bystanders.

According to some information put up by various websites, one of the bystanders was actually knocked unconscious while another suffered a broken leg from the flying debris. Many others suffered bruises from the flying wooden pieces.

Here’s the ship launch captured from the aft side. Definitely, the wrong side!

Here’s an account and explanation from a user djt832 on Reddit who claims to have been on the scene:

The boats normally have steel rails welded to their hulls that ride along the metal bleacher looking things when the boat is set free. After the launch these are obviously removed. However …. with this boat design, they were unable to attach these steel rails and had to use wooden ones instead. I have a friend that works for the shipyard and basically someone made a huge misjudgement and the wood split and flew everywhere, as you can obviously see from the video. After this incident viewers were no longer allowed to be so close to the launches.

Though the spectators should have kept safe distance, it seems that the accident was totally unexpected for those standing at the aft side of the ship.