The Ships have remained locked after the collision and there are no reports of a bunker spill as a result of the incident. 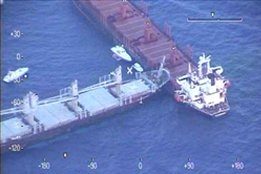 Post- ship collision, a video of the ships was put online, revealing the dilapidated condition of the ships.

Nine of the 23 crew members of the CATHERINE boarded on a port police float boat and were transferred to Karystos for safety reasons. No crew members of both the ships have been injured. 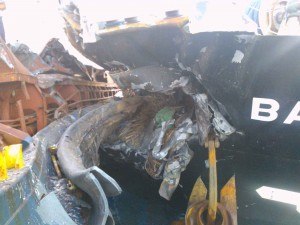 Condition of the Ships