In April 2010, the Liberia-flagged container ship, CCNI Antartico hit a gantry crane at ICTSI’s Contecon terminal in Guayaquil, Ecuador. The massive crane collapsed because of the hit. The dramatic video of the accident was captured by a port personnel and uploaded online.

According to the information available online, the 2002-built Gearless boxship with a capacity of 4,100 TEU was on its maiden voyage as part of the CCNI fleet where it has been deployed to serve between Asia and the west coast of South America. During the accident,  the CCNI Antartico container ship supposedly brushed another vessel at berth before ploughing into one of three gantry cranes at the Contecon facility. 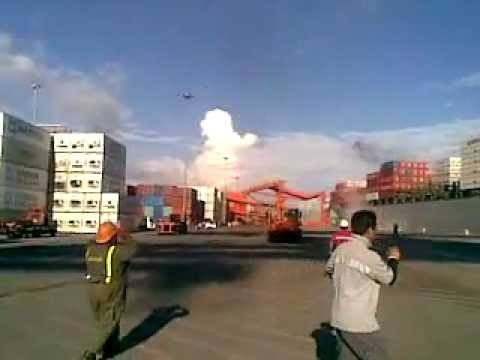 Luckily no one was injured in the accident. However, the crane was seriously damaged as it collapsed because of the hit. Watch the dramatic video below:

Do you have any more information on the accident or want to correct the details provided in this article? Let us know in the comments below.