Photos of the grounded ship show the hull has suffered structural failure at around amidships and is severely sagging. The National Sea Rescue Institute was alerted of the grounding at about 1:30 p.m. local time. At approximately 4 p.m., the structural integrity of the ship was compromised and the captain gave the order to abandon ship, NSRI said in a statement. 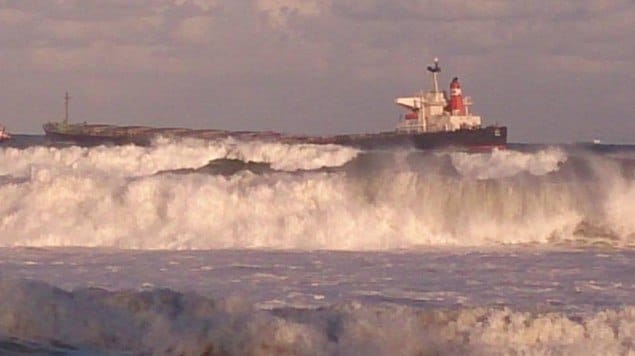 All 23 crew members have been rescued by NSRI helicopter crews.

A video uploaded on youtube shows the vessel starting to break  into half. Three TNPA tugs tried to assist the vessel but to no avail. The vessel buckled and broke in two and is now partly submerged.

Watch the Video Below:

Do you have more information on the accident? Let us know at info@marineinsight.com