Three boats sunk while others were badly damaged after the crash.

According to the reports, the accident occurred due to a faulty propeller that caused maneuverability problems. 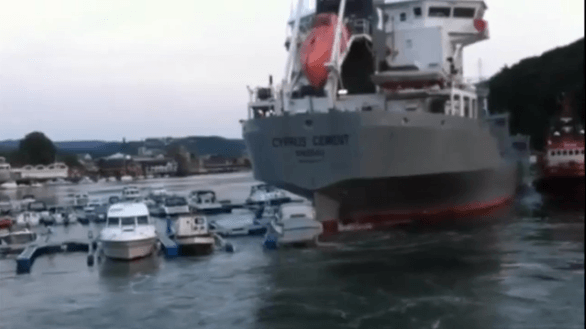 While some online sources said 10-15 people were injured, a Norwegian Source – NRK said no one was injured in the accident.