Don’t have the exact date as to when this incident took place, but according to some reports this happened in the start of 2012.

A total of 64 cars were aboard a Russian cargo ship Astongate, which was traveling from Toyama, Japan, to Vladivostok, Russia. 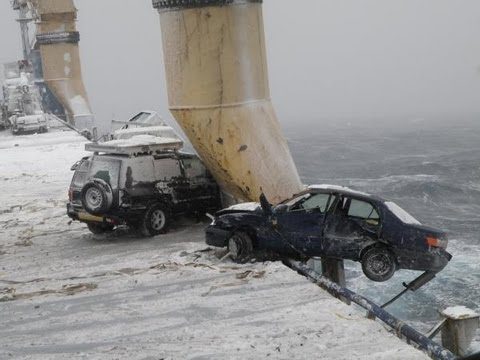 Cars on Ship’s Deck Destroyed by the Storm

After a sea storm hit the ship — 52 of them ended up at the bottom of the sea. It’s assumed that the accident occurred mainly because of poor lashing; however, there are no confirmed reports on the same.

Note : There is no concrete information available online about the accident or the reason behind it.

Marine Insight does not have enough information to verify this video and cannot vouch for its accuracy. This video is for information purpose only.