Crown Princess Mary of Denmark names the second Triple-E vessel Majestic Maersk amid a sea of fans and spectators.

It’s a modern fairy tale that both Danes and Aussies are quite proud of retelling: The unassuming Mary Donaldson, born in Hobart to immigrant parents, who met her prince in a pub in Sydney. Frederik, Crown Prince of Denmark, was in Australia for the Olympic Games, and returned with a prize more lasting than gold. They were married in 2004, and Mary has truly captured the hearts of her adopted country.

While the first meeting of Frederik and Mary was discreet, there is nothing discreet about the Majestic Maersk, which she named officially yesterday; incidentally, ten years and a day after the announcement of their ensuing engagement. The similarities, on the other hand, are obvious: both are symbols of globalisation, connecting the furthest corners of the globe and reinventing old traditions for the 21st century. 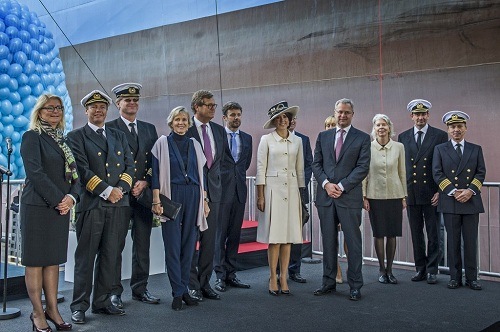 The Majestic Maersk is the second in Maersk Line’s fleet of 20 Triple-E vessels, and it has made a unique visit to the Danish capital this week. Copenhagen is not a major container port, and in regular service the vessel will instead serve nearby Aarhus and Gothenburg.

Since no boxes are going on or off, the vessel is docked not at the main port, but at Langelinie in the centre of the city, becoming a dominant feature on the Copenhagen skyline. And from the bridge, the view of the city is certainly unique: how often do you find yourself looking down on the opera house or the Maersk headquarters by the water? 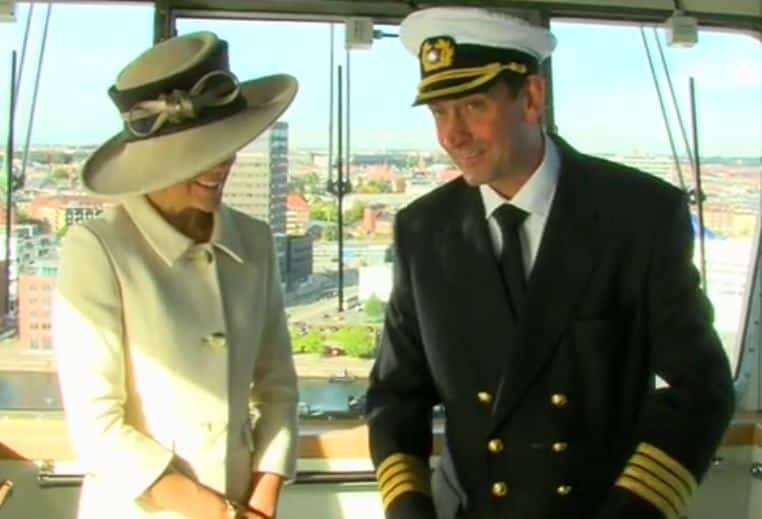 On Wednesday, however, the princess was the star of the show. No fewer than 40 journalists were there to cover the event, and many local enthusiasts had lined up to witness her entrance in the beautiful autumn morning. Her task for the day was simple enough: deliver a short ‘encomium’ (speech) and see to it that the bottle broke on the side of the ship. Both were done to perfection.

Maersk Line’s Chief Operating Officer Morten Engelstoft said: “We are really proud of the vessel. We find it very good that it’s optimised in every respect, and it’s a vessel which we would like to give people the experience to come aboard here in Copenhagen.”

Vessel tours are open to the public, but on a limited basis, and the more than 50,000 tickets were ripped away in a matter of days earlier this month. Thousands more are expected to see the ship from the outside and visit the quayside exhibition featuring the story of Maersk Line and containerisation. The vessel will stay in Copenhagen until Sunday 29 September.