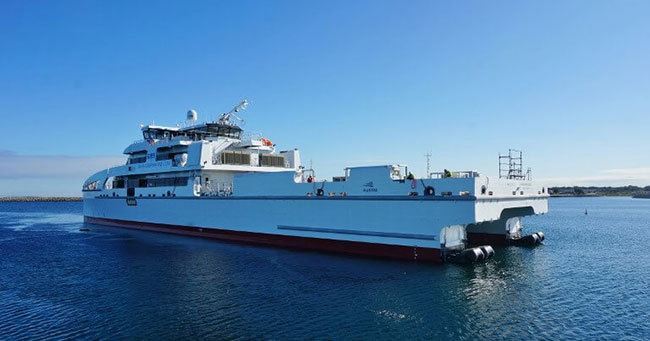 The 30 knot, 150 passenger catamaran features a 400sqm cargo deck and is configured to allow ‘walk to work’ crew transfers between vessel and offshore installations, via an Ampelmann platform.

At the vessel launch, Austal Chief Executive Officer David Singleton remarked “The on-time launch of this impressive ship further demonstrates Austal’s proven, export – competitive shipbuilding capabilities in to international markets and the successful integration of a global supply chain across our Philippines and Australian operations”.

Based on a design by Incat Crowther, the Austal Large Crew Transfer 70 – namedRashid Behbudov – is on schedule for delivery to CMS in the third quarter of 2016, following final fit-out and completion of sea trials.