You are here: Home › Types of Ships › What is a Mothball Fleet?
TwitterFacebookLinkedInPinterestBuffer

The mothball fleet is the colloquial term set for the United States’ naval reserve fleet. Reserve fleet comprises of those naval ships which are outfitted for naval use, but are kept in reserve unless specifically required. The tradition of keeping aside certain vessels as reserves is quite an old practice of the nation’s naval practices.

Purpose and Problems of the Mothball Fleet

Purpose: The basic purpose of outfitting navy reserve ships was to combat any potential exigency during wars. This is why these vessels were fully outfitted, so that they could be deployed promptly and were docked at important naval dockyards across the United States. Such a docking ensured that any re-furbishing required could be attended to, without any delays. 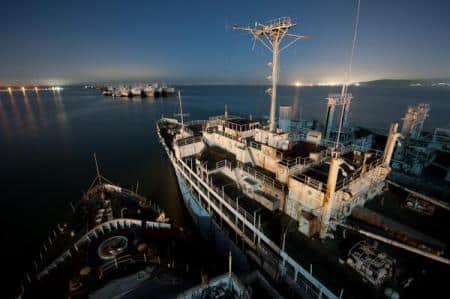 Problems: The main basic problem arising out of these fleets were that of expenditure involved when called back for deployment.

Yet another problem was because of the potential threats to the marine ecosystem because of these giants languishing in the open sea dockyards. Pollutants leaching onto the ocean from the constructional materials of the vessel are a huge menace, considering that many of these vessels are still docked at certain dockyards. Another aspect is that the threat of maritime pollution is further accentuated when the vessels are demolished or disassembled.

The United States’ naval administration has made considerable efforts to ensure a proper junking of some of these old vessels. 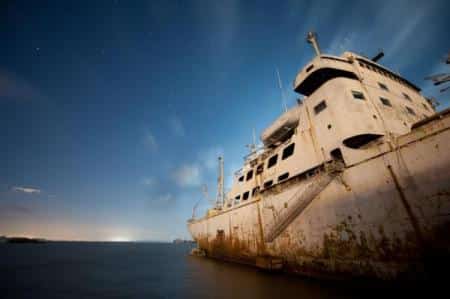 Over the years, many such navy reserve ships have been utilised for the purpose of SINKEX. SINKEX is a combination of two words – Sink Exercise. SINKEX vessels are used for the purposes of practical arms training so that naval cadets can get their training in the most feasible manner possible.

Alternatively, apart from that, a few of these vessels have also been utilised as manmade reefs.

Similarly, many of these navy ships have also been given away to maritime repositories or to developing nations, to be used in their naval vessels’ fleet. The latter methodology ensures that the vessels of the reserve fleet find their place in another nation’s maritime heroics.

What are Ship Prefixes for Naval and Merchant Vessels?