The Tempera is the first cargo tanker to use Double Acting Tank. The cargo ship has been built as the Sumitomo Heavy Industries Yard in Japan for the Finnish group Fortum Oil and Gas and operates mainly in the Baltic Sea area. The DAT design used in this cargo has been developed by Kavaerner Masa-Yards.

Double Acting Tanker design works on the principle of using a double hull structure- a normal structure and a reinforced stern hull form. The design produces a desired lubrication between hull and ice by means of a water stream and ensures a fatigue life of about 40 years. For this, a double bottom has been provided that will also ensure greater protection to the pump room, along with a double skin coffer dam. 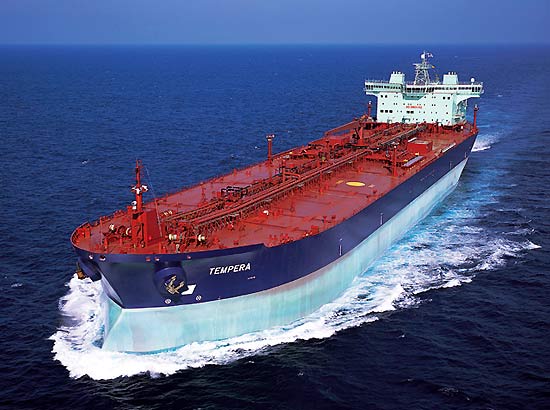 The ship has a total of 12 cargo tanks. These tanks are separated by a central longitudinal bulkhead. Besides these, there are also two slop tanks which provide the ship with a total capacity of 121.58 cubic meters at 98%. There are also two fore and two aft peak tanks, along with 12 main tanks, providing a total capacity of 46,944 cubic meters. All the tank types have steam heating coils, using steam produces by two oil-fired boilers, which are provided with internal water tubes.

There are also three tanks to store drinking water for the ship’s crew. These tanks have a total capacity of 324 cubic meters and hold fresh and drinking water. 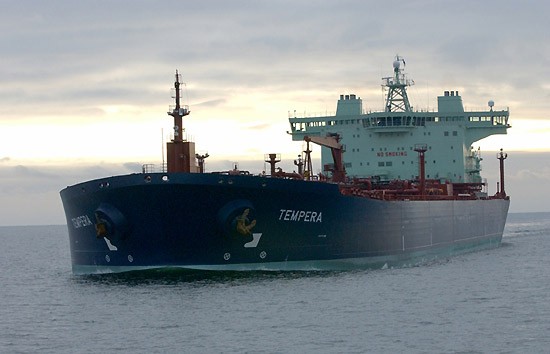 This double acting tank designed cargo ship is powered by five Wartsila diesel gensets. They are further made of two 6MW 0L38B diesel engines, two 4MW 6L38B diesel engines. Each of these can produce 6.6 kA of AC at 60 Hz. These tanks use up 56 ton heavy fuel per day in power production. The power is enough to give the cargo ship a speed of 13.5 knots.

The ship can reach a maximum speed of 17knots in open water and 3 knots in 1 meter thick ice. The current produced in engines is then fed into a switchboard and a cyclo converter which is further linked to a pod meter. The lub oil used here is stored in 63.2 cubic meter capacity oil. Another 1.7MW 6L26A diesel engine is present for use in harbor. It burns MDO which is stored in a 308 cubic meter capacity tank. 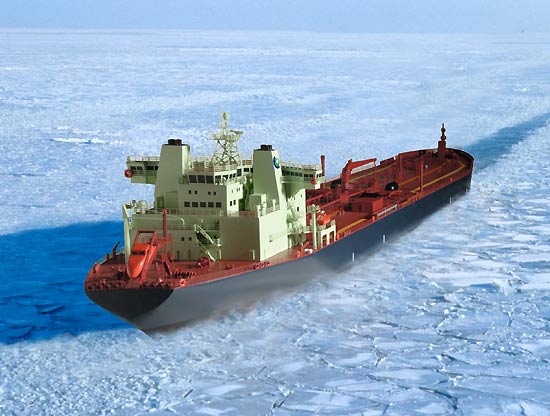 The propulsion system of ship has been designed by ABB and is provided by an Azipod unit. The Azipod unit contains an electric motor and fixed pitch propeller. The pod can rotate 360⁰ and is responsible for the ship’s remarkable speed. The pod has maximum rating of 16MW. A bow thruster has been provided for efficient maneuvering into ports.

All in all, the DAT design looks promising. Besides Tempera, her sister M/T Mastera also has been designed on the same principle. Both these ships are set to operate together in the Baltic Sea area.

24 Abandoned Seafarers Return Home After 3 Month Ordeal
We use cookies to ensure that we give you the best experience on our website. If you continue to use this site we will assume that you are happy with it.OkRead more