Unanimously known as the ‘Great Lakes’ Queen’ across the global maritime community, the M/V Paul R. Tregurtha is an unparalleled and peerless bulk carrier vessel. Commissioned over three decades ago, the biggest bulk carrier still sets a perfect epitome of absolute operational class, constructional excellence and above all, a unique value addition to the maritime operations carried on the Great lakes.

Originally built to be used as both a bulk cargo carrier and as a passenger ship, the biggest Great Lakes ship bears the constructional hallmark of the American Shipbuilding Company which built the vessel according to specifications charted by her owner, the Interlake Steamship Company. 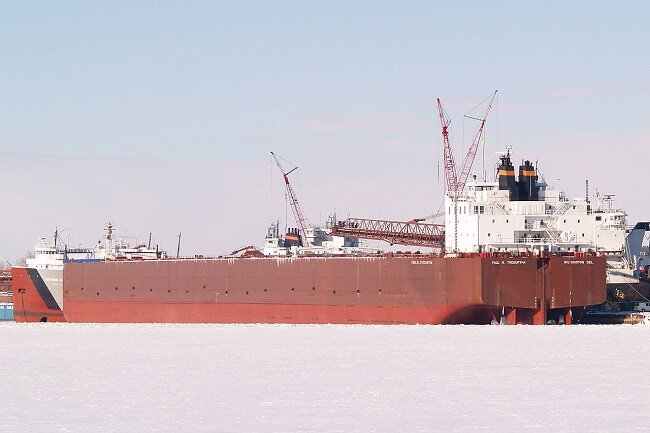 With a total construction cost over US$ half-a-billion, the biggest bulk carrier revolutionized many facets of the bulk cargo carrying ships built during that era. Equipped with many a modern amenities, the vessel was primarily designed to not just provide thorough operational viability but to also cater to the needs of the elite voyagers, utilizing the vessel for transportation through the Great lakes. But the biggest testimony to the bulk carrier’s operational commitment and excellence perhaps lies in the fact that, its titular distinction of being the ‘Great Lakes’ Queen’ lies thoroughly unrivaled 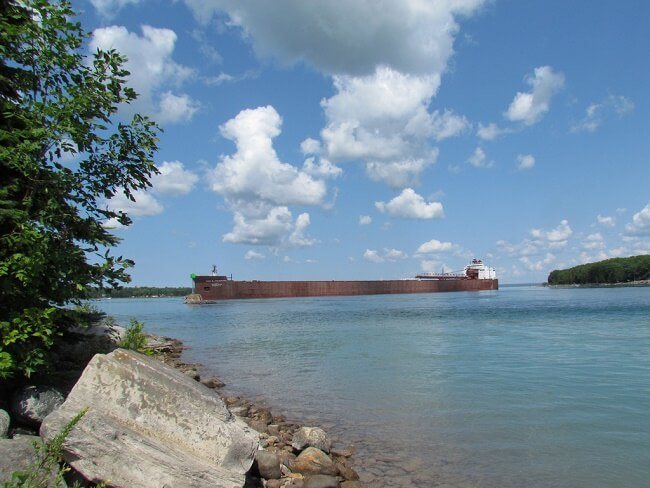 The Tregurtha is the chief operating vessel for the Interlake Steamship conglomerate and has, in its over 30-years of operational servicing, constantly created and broken its own cargo hauling records. In the month of August 2012, the bulk carrier ship suffered a minor setback as it grounded in the River St. Mary. Though the bulk carrier did sustain noticeable impairments to its torso, successful towing operations ensured that the impairments to both the vessel and to the affected marine zone were limited. Following the incident, the largest bulk carrier vessel is expected to undergo thorough refurbishing, post which, its regular services are expected to restart.
Report an Error