E-Ship 1, Germany’s unusual ship, is owned by the third largest wind manufacturer, Enercon GmbH. The 12,800 dwt ship has been built to transport wind turbine components and was built at two different shipyards in Germany. 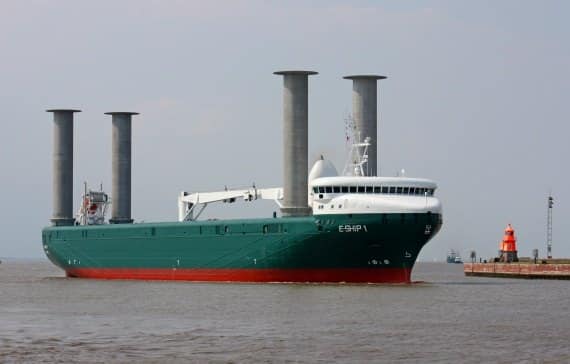 Reports say that the Flettner rotors help the ship in saving fuel consumption up to 30-40%. Moreover, the ship also sails through the Kiel Canal, and thus operates in Baltic region as well.