The function of a fin stabilizer, found at the bottom part of the ship’s hull, is to provide resistance to the excess rolling of ship in either direction. Many seafarers have not seen a real fin stabilizer until the ship goes to dry dock for hull inspection and surveys. This does not rule out the knowledge that every onboard engineer and officer must posses regarding the components and functioning of fin stabilizer system.

Let’s take a look at the main components of fin stabilizer of ship. 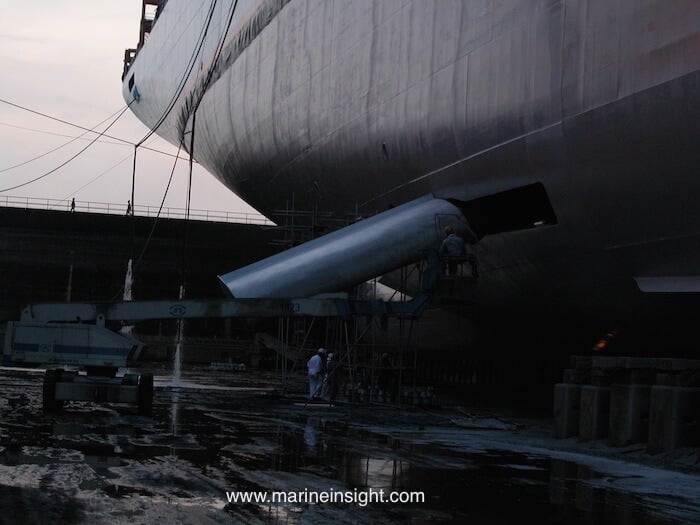 1. Two fins forming part of the hull structure of the ship, one port and one starboard.

Each stabilizer consists of a fin box, which houses a fin and supports the fin actuating machinery. Each stabilizer machinery unit provides the support and the means by which the fin may be rigged in or out, locked and tilted up to +/-25 degrees.

3. Bridge Control Panel (BCP) provides control and indicators for remote operation from bridge. The panel is installed in the BMCC.

4.Two local control units (LCU) are located in each stabilizers room. These panels are providing local indication and control of the fin.

5. Main Control Unit (MCU) – This panel can control fins from ECR with the same features as bridge control unit. LCU display for starboard and port is present in MCU.

The RMSU comprises of a solid state sensor and signal conditioning electronics. Sensor is located in MCU.

8. The Stroke Control Unit (SCU) is mounted on the variable delivery pump. It provides drive and feedback of the position of the pump’s control spindle. 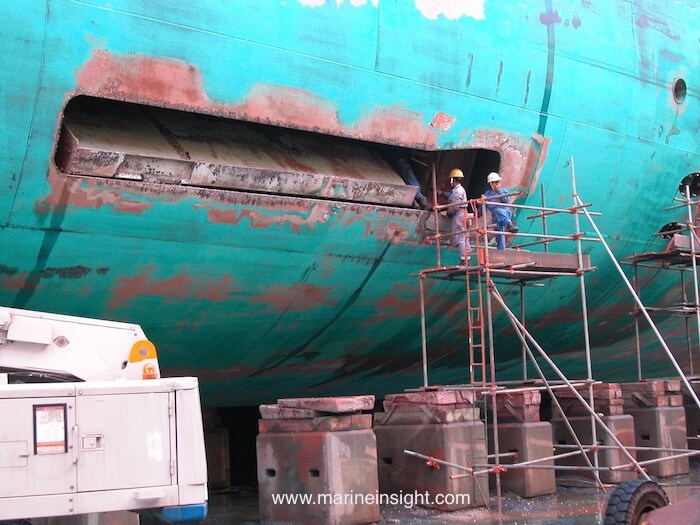 • A Hydraulic Power Unit (HPU) powers the fin tilting and rigging motions. Built into the HPU is a high power electric motor driving a variable delivery piston pump with a tandem vane pump for control pressure. A second vane pump for fin rigging and pump replenishment is driven from the other end of the main motor

• A variable delivery piston pump controls fin tilting. The flow rate of this pump is controlled by a rotary valve that is positioned by the Stroke Control Unit

• The SCU consists of a servo motor and gears with an integral resolver, mounted within rectangular cast box. The LCU contains circuitry to provide microprocessor based control of the SCU, and hence the direction and rate of flow from the pump. The fin’s rotational velocity is proportional to the pump flow rate

• Fin rigging is controlled by solenoid actuated valves. The HPU also provides the means for stowage of the fin under emergency power. A second electric motor (of lower power) is connected to a constant delivery gear pump. This pump is connected to an auxiliary set of solenoid controlled valves that can be used to tilt the fin to zero angles and rig it in.

• The operation can be controlled from bridge or ECR. A selector switch located on the MCU control panel allows the MCU to become the active control station if the BCP or communication to the BCP becomes defective

Following preparation must be done before operating the fin stabilizer:

Before starting the Gyro fin Stabilizer System, the Engine Room should confirm:
1. There are no obstructions to the moving parts of the Stabilizer Machinery.
2. Cooling water is flowing through the Hydraulic Power Unit heat exchanger.
3. All local power isolation switches to controls and pumps are turned ON.

What according to you are important points to consider while operating fin stabilizers?