Wallenius Wilhelmsen Logistics AS (WWL), a Norwegian corporation, has agreed to plead guilty and pay a $98.9 million criminal fine for its involvement in a conspiracy to fix prices of international ocean shipments of roll-on, roll-off cargo to and from the Port of Baltimore and other locations in the United States, the Department of Justice announced today.

According to the one-count felony charge filed today in the U.S. District Court for the District of Maryland, WWL conspired with other roll-on, roll-off ocean shipping lines from at least February 2000 until at least September 2012 to fix prices, rig bids, and allocate customers. Roll-on, roll-off cargo is non-containerized cargo that can be rolled onto and off of an ocean-going vessel.  Examples of such cargo include new and used cars and trucks and mining, construction, and agricultural equipment. 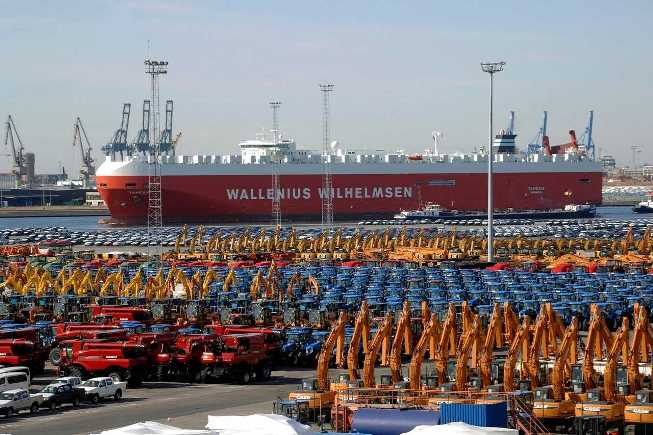 “WWL and its co-conspirators cheated their customers for years by fixing the prices of ocean shipping services for cars, trucks, and other cargo essential to our nation’s economy,” said Principal Deputy Assistant Attorney General Renata B. Hesse, head of the Justice Department’s Antitrust Division.  “The Antitrust Division, working together with our law enforcement colleagues, will continue to hold the ocean shipping companies and executives who perpetrated this scheme accountable for their crimes.”

“These charges brought today, and for the prior eight executives charged, outline a deceptive scheme to destabilize competition in the marketplace,” said Special Agent in Charge Kevin Perkins of the FBI’s Baltimore Division. “Those who engage in this type of criminal activity with the intent on corrupting our economy will be identified and brought to justice. To ensure we don’t erode the public’s trust in the competitive bidding process, the FBI will continue to work with the Antitrust Division to ensure the integrity of competition across all industries.”

WWL is the fourth company to agree to plead guilty in the investigation, which has resulted in over $230 million in agreed-upon fines.  In addition, eight executives have been charged for their participation in the conspiracy.  Four have already pleaded guilty and been sentenced to prison terms.  The other four executives have been indicted, but remain fugitives from justice.

In addition to paying its fine, WWL has agreed to cooperate with the department’s ongoing antitrust investigation.  The plea agreement is subject to court approval.

Today’s charge is the result of an ongoing federal antitrust investigation into price fixing, bid rigging and other anticompetitive conduct in the international roll-on, roll-off ocean shipping industry, which is being conducted by the Antitrust Division’s Washington Criminal I Section and the FBI’s Baltimore Field Office, along with assistance from the U.S. Customs and Border Protection Office of Internal Affairs, Washington Field Office/Special Investigations Unit.  Anyone with information in connection with this investigation is urged to call the Antitrust Division’s Washington Criminal I Section at 202-307-6694, visit www.justice.gov/atr/contact/newcase.html or call the FBI’s Baltimore Field Office at 410-265-8080.

GAC Becomes First Ship Agent In UK To Join Green Award Foundation
Want to share your tips and advice? Got questions? Visit the community forum to ask questions, get answers, meet people, and share your tips!