During the visit, His Highness Sheikh Hamdan met Emirati employees and viewed a range of demonstrations charting the development of the port since 1967. His Highness, accompanied by the DP World Chairman, top executives and guests then toured the terminal and the UAE National Art Exhibition on display. 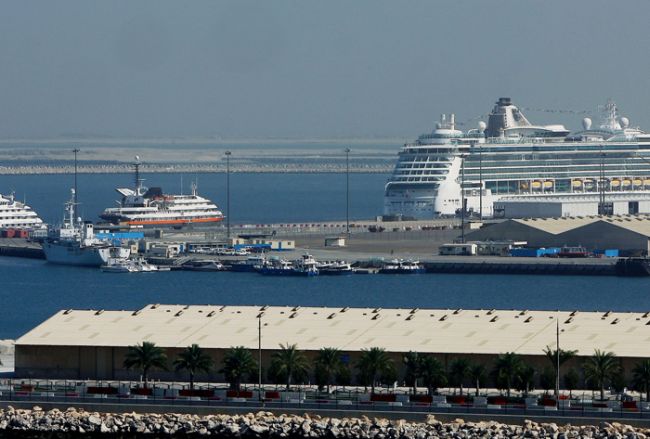 HE Sultan Ahmed Bin Sulayem, Chairman of DP World, said: “It is a great honour to name our luxury cruise facility after HH Sheikh Hamdan Bin Mohammed bin Rashid Al Maktoum, Crown Prince of Dubai, in appreciation of his vital role in preserving the legacy of Dubai and our nation’s heritage in line with the vision of His Highness Sheikh Mohammed bin Rashid Al Maktoum, UAE Vice President, Prime Minister and Ruler of Dubai, to make Dubai and the UAE a centre for tourism.

“Dubai’s vision is to attract 20 million tourists a year by 2020, with the Department of Tourism & Commerce Marketing (DTCM) anticipating cruise tourist numbers reaching the one-million mark by that time.”

Following the opening ceremony, HE Bin Sulayem said: “The new building will increase the handling capacity of the three cruise terminals in Dubai from two million tourists a year to seven million. The terminal is the largest and most modern cruise facility in the Middle East and the wider region, enabling award winning Mina Rashid to now serve up to seven cruise vessels at one time and more than 25,000 passengers in its three cruise terminals. This
expansion came in response to requests from cruise liners and will enable them to increase the number of their trips to Dubai.

“The new terminal will also strengthen Dubai’s position as a global city and the premier cruise hub in the Middle East. Our investment in expanding cruise handling capacity and building this facility at Mina Rashid aims to position the city as a leading tourist destination. It also supports growth in the tourism sector and the emirate’s economy by making Dubai a base for cruise tours visiting other ports in the UAE and the Gulf, the Maldives and as far as Mumbai, India.”

Mr. Bin Sulayem said that developing tourism infrastructure in Dubai is a priority. He added:“The Dubai Ports, Customs and Free Zone Corporation is keen to support Dubai’s economic growth and to realise the vision of His Highness Sheikh Mohammed bin Rashid Al Maktoum, UAE Vice President, Prime Minister and Ruler of Dubai, to diversify the economy and support the development of a range of economic sectors including trade and tourism.”

The DP World Chairman concluded: “The building is eco-friendly and sustainable in line with Dubai’s green building initiative.

Over 75% of the building structure was reused from a steel structure sourced from demolished warehouses during the building of Jebel Ali’s new container terminal, which recently opened for business.

A 70,000 square metre car park can also accommodate 36 buses and 150 taxis in addition to private cars and parking bays for employees and visitors.

Mina Rashid has been voted the Leading Cruise Port at the World Travel Awards for seven years in a row. The port also handles ferry passengers between Dubai and port cities across the Arabian Gulf handled at Mina Rashid Ferry Terminal.