The floating dock acquired in June 2016 began its journey to Klaipeda, where it will be installed at the Western Shipyard owned by BLRT Grupp.

In the beginning of August the floating dock weighing 11,000 tons was loaded onto the Dockwise Vanguard- world’s only vessel with a deadweight of 110,000 tons for carrying heavy loads and floating oil and gas platforms. 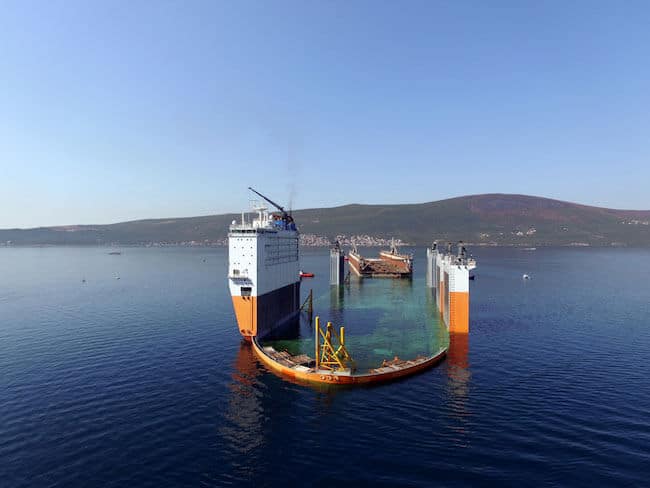 The most complicated loading operation lasted 11 hours under strict supervision of BLRT Grupp specialists and Dockwise company representatives. After traversing 3825 miles, the dock should be delivered to Klaipeda by the end of August. 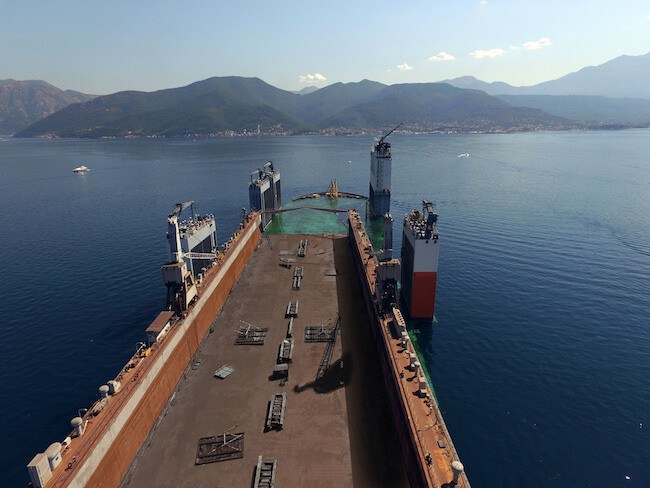 BLRT Group acquired a 235 meters long and 53 meters wide floating dock from the Adriatic Shipyard Bijela in Montenegro. “The dock will be the biggest dock in the Baltic countries and will open up new opportunities for ship owners and shipyard to carry out repair and modernization projects on Panamax-type ships,” said Arnoldas Šileika, Western Shipyard’s Director General. 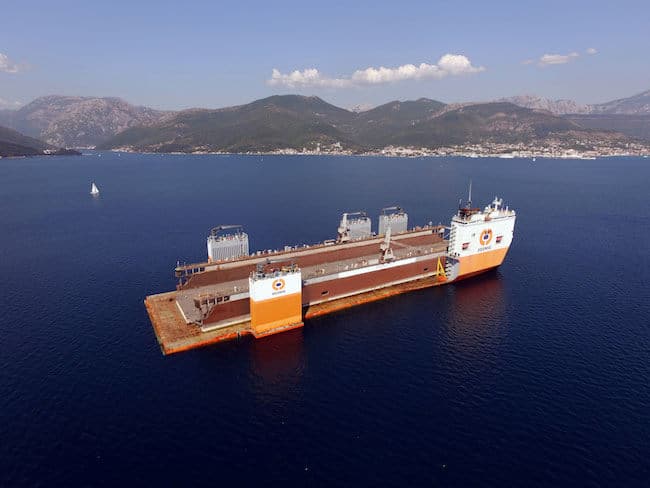