Russia’s Arktika, world’s largest nuclear-powered icebreaker and most powerful ship in the world sets off on a two-week journey to the Arctic as part of Moscow’s efforts to tap the region’s commercial potential. The ship has successfully set sail for its future homeport in Murmansk. 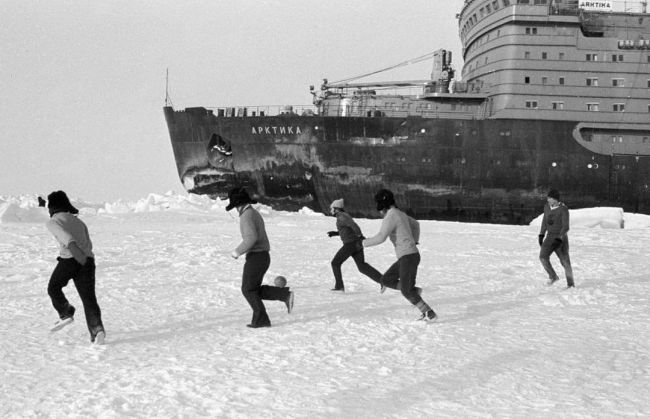 The vessel plans to plow through ice in the Arctic on its journey there. Although it is expected to be able to break through ice up to seven feet thick, the question of its competency arises when it is revealed that only two of the ship’s three engines are currently working.

The icebreaker is more than 173 meters long, designed for a crew of 53, and can break ice almost three-meters thick, it is set to be delivered soon to the state-run company FSUE Atomflot, which is a part of Russia’s central nuclear corporation Rosatom, left the Baltic Shipyard in St. Petersburg on Sept. 22, 2020. 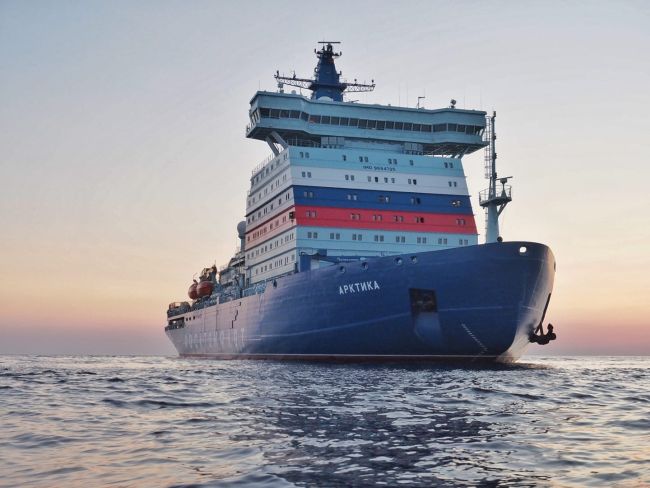 This journey will result in the completion of initial sea trials in the Baltic Sea and the Gulf of Finland earlier this month.

“Many thanks to the shipbuilders and everyone who took part in the implementation of this project for your work, I am confident that the next Project 22220 icebreakers will be built and will ensure the fulfillment of all tasks for Russia in the Arctic Ocean.” Vyacheslav Ruksha, the Director of the Northern Sea Route Directorate of Rosatom State Corporation, said in a statement. 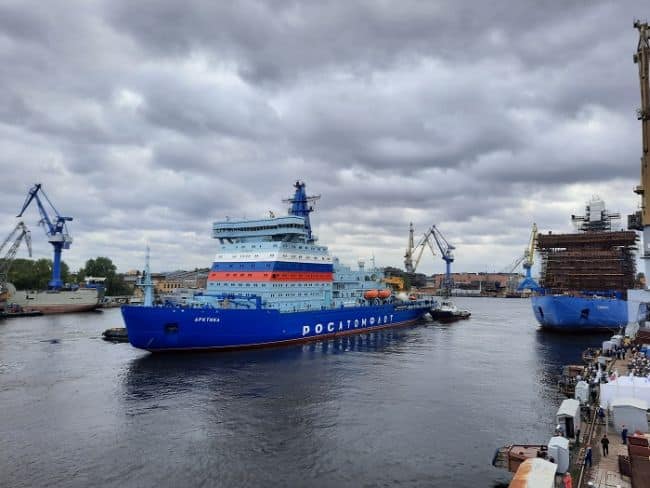 The ship was named after a Soviet-era icebreaker of the same name that in 1977 became the first surface ship to reach the North Pole.