Navigator Holdings Ltd. (“Navigator”) announced on 20th December that it has exercised its last remaining option to construct a 22,000 cubic meter gas carrier at Jiangnan Shipyard (Group) Co Ltd. (“Jiangnan”) in China at the previously agreed construction price of$44.0 million, with the vessel scheduled for delivery in March 2016.

Furthermore, Navigator has entered into a contract with Jiangnan to construct a 35,000 cubic meter gas carrier for delivery inApril 2016. This vessel will be the largest ethane gas carrier on the market enabling efficient transportation to our customers for this essential petrochemical feedstock. The Company has an option agreement for the construction of up to three further ethane capable 35,000 cubic meter vessels.

These new 35,000 cubic meter ethane carriers were specifically designed in anticipation of large scale exports of ethane becoming available from surplus US shale gas production and the desire by international petrochemical companies to diversify their feedstock supplies with low cost US ethane. 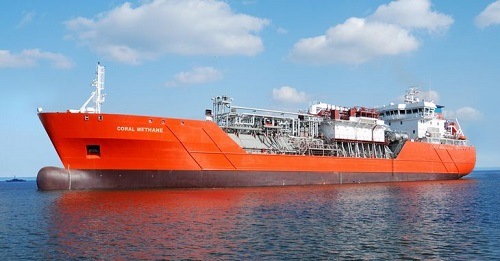 With the two additional committed newbuildings, Navigator now has ten vessels in its newbuilding program, four of which are due for delivery in 2014, four in 2015 and two in 2016.