Admiral Mameesh boards the ship and announces the unparalleled success of the New Suez Canal in raising the efficiency of its marine services, and the waterway’s readiness to accommodate the future generations of vessels of the world fleet. 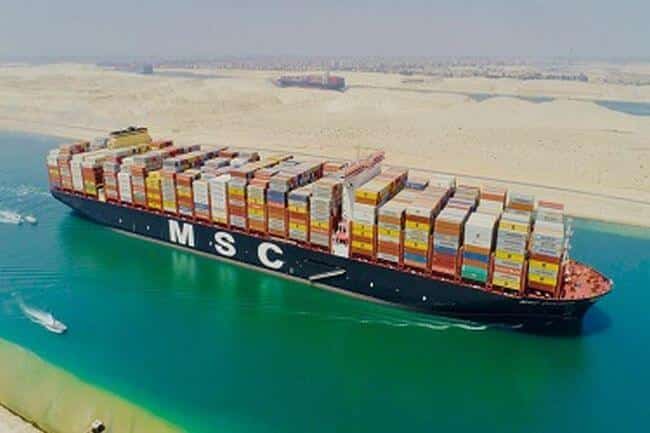 Admiral Mohab Mameesh, Chairman of the Suez Canal Authority and Suez Canal Economic Zone, announced today the successful transit of MSC GULSUN, the world’s largest container vessel, on its first trip through the New Suez Canal. The Panamanian ship transited the Canal with the northbound convoy, heading to North Western Europe from the Port of XINGANG.

Adm. Mameesh boarded the vessel to welcome the crew and see that the vessel transits safely, as well as being offered all the navigational safety measures; including assigning experienced pilots for its pilotage, as well as the necessary escorting tugs. And as per protocol in the Suez Canal Authority on receiving mega vessels transiting for the first time, Admiral Mameesh, presented the ship’s master with a bouquet of flowers and the Suez Canal Authority’s shield, wishing him and the crew a safe trip, and a smooth transit through the Suez Canal. 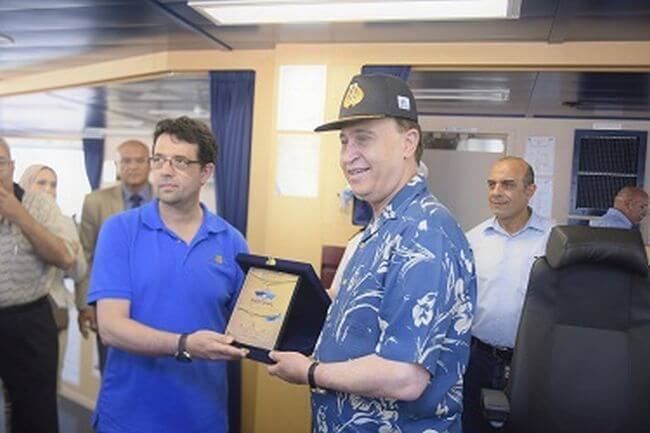 In his remarks, Admiral Mameesh emphasized that the Suez Canal will remain the lifeblood of world trade as the largest and most advanced waterway thanks to the extent to which transit management keeps abreast of the latest updates in the field of maritime transport, a rapidly growing industry which calls for a professional approach on our side. His Excellency also referred to the continuous developmental projects of the waterway as well as the non-stop efforts to better the marine services provided and raising the capabilities of the existing manpower as a response to the constantly evolving industry.

Admiral Mameesh also stressed the fact that the New Suez Canal, the most recent developmental project of the waterway that was inaugurated 4 years ago, came at a time where it was an absolute necessity to help with boosting the Canal’s efficiency and its ability to accommodate the current and future generations of the world fleet vessels, especially the large container vessels that are growing in importance every day. Those vessels are the center of attention of global shipyards to benefit from economies of scale. 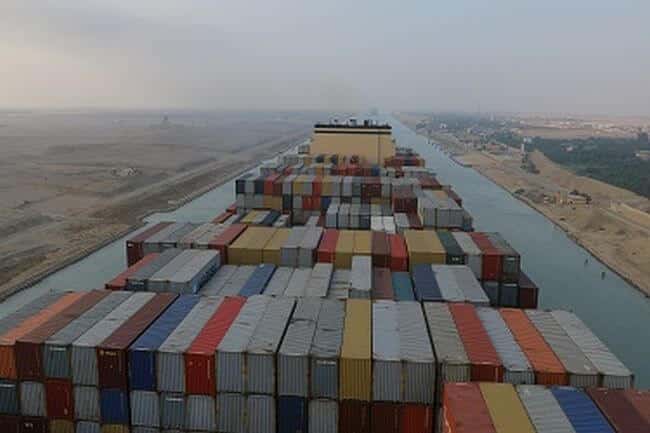 On his part, Capt. Somma Lauro, master of the ship, expressed his appreciation for the effort exerted by the Suez Canal Authority to ensure the safe and smooth transit of the vessel, particularly as this vessel is the largest and most advanced of its kind, and due to the fact that its transit requires special measures given its enormous dimensions. He also asserted the extent to which he values the role of the SCA pilots during the vessel’s transit through the Canal, and their professionalism and competence. He, finally, applauded the role of the New Suez Canal in benefiting global shipping lines in terms of reducing waiting and transit time significantly.

The mega vessel is one of MSC’s largest vessels. It is the first of its kind at 23756 TEUs, and among 11 sister vessels the shipping line has had under construction at the SAMSUNG and DAEWOO South Korean shipyards since 2017. The vessels are set for operations between the Far East and North-Western Europe via the Suez Canal as part of the AE 10/SILK service in collaboration with MAERSK LINE. 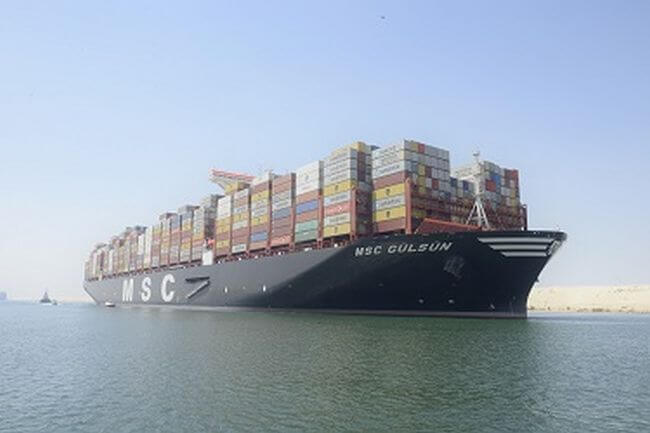 This vessel’s transit through the Suez Canal indeed is a new achievement to be added to the SCA’s track record, and furthermore is directly reflected on its revenues and on world trade.