The HMM Algeciras entered Rotterdam’s Amaliahaven on its maiden voyage to transfer containers at the terminal of RWG (Rotterdam World Gateway). Algeciras is the most recent vessel to rank as the world’s largest container ship.

At maximum capacity, the ship carries slightly more 20-foot containers than its predecessor MSC Gülsün: 23,964 TEU versus 23,756 TEU. During its maiden voyage, HMM Algeciras is carrying a total of 19,621 TEU on board – itself a record number.

The Korean vessel was completed at Daewoo Shipping & Marine Engineering’s Okpo shipyard on 24 April. It is some 400 metres long and 61 metres wide. For further information about Algeciras. More information: Biggest Container Ship in the World 2020. The ship travelled to Rotterdam from the Chinese port of Yantian and will be departing for Hamburg on 6 June, 5 a.m. 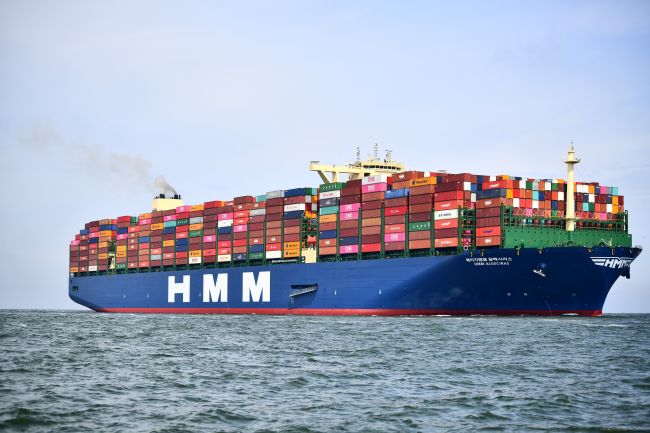 “We give a warm welcome to HMM Algiceras in port of Rotterdam. Given its 20 meter depth, Europe’s biggest container port is excellently conditioned to receive these very large vessels. This makes port of Rotterdam well positioned for upscaling in container shipping.”

HMM is the new name for Hyundai Merchant Marine. This South Korean ship-owner is the ninth-largest container shipping line worldwide. The company has ordered another eleven 24,000-TEU vessels in this class.

Bae Jae-hoon, President and CEO of HMM: “HMM greeted two historical events in last April. One was the completion of our rebranding process with adopting our official corporate name “HMM”. The other was to take delivery of HMM Algeciras, the world’s largest 24K-class containerships. The debut of HMM Algeciras in Europe and its maiden call at the port of Rotterdam has enormous symbolic significance. I believe 24K-class vessels will serve as a bridge to ensure a mutual partnership”.