In 2015 Stena Line made history by converting one of the largest RoPax ferries in the world, the 240-metre Stena Germanica, to become the world’s first methanol powered ferry. Now the Swedish ferry company has achieved another world first, by powering Stena Germanica with methanol recycled from residual steel gases.

This week Stena Line took the next step on their sustainable journey towards achieving zero carbon when the Stena Germanica travelled from Sweden to Germany powered by recycled methanol. The new fuel dubbed ‘Blue Methanol’, is recycled from residual steel gases, a by product of the steel production industry and helps reduce the ferry’s reliance on diesel, thus lowering the vessel’s carbon emissions further.

By making Stena Germanica blue the new fuel helps the vessel become greener! This week’s journey is another milestone in this ground-breaking project, which launched in 2015 when the dual-fuel system onboard Stena Germanica was converted to allow the vessel to run on both methanol and diesel fuel. It is the world’s first methanol powered RoPax (passenger and freight) ferry, which operates on the Gothenburg – Kiel route. 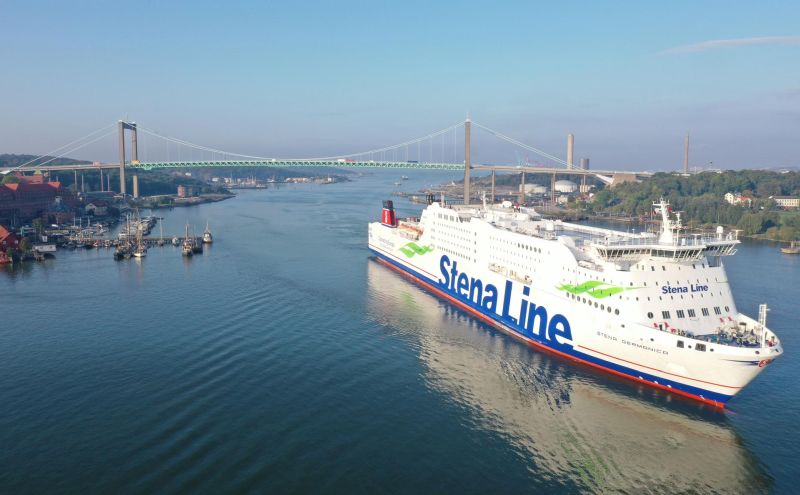 Stena Line developed it with several partners, including Methanex, Wärtsilä and EU’s Motorways of the Seas project. The conversion project was the first of its kind in the world and was so unique that it established methanol as a marine fuel for the first time ever.

“It is exciting to be part of our sustainable journey and try out another new sustainable fuel. I can confirm that we sailed with the new fuel from Gothenburg to Kiel on June 22 and it worked very well,” says Peter Holm, Chief Engineer Stena Germanica. 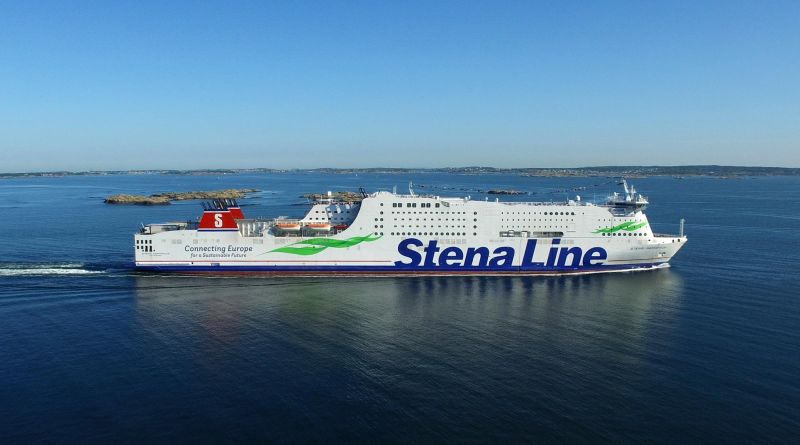 While methanol is a fossil fuel, it is much cleaner than traditional marine fuel. Sulphur and particulates are reduced by 90% and nitrogen by 60%. The steel industry and the maritime sector are two of the world’s biggest emitters of CO2, accounting for 6-8% and 2.5% of all CO2 emissions respectively. The FReSMe project, funded by H2020 EU program, aims to demonstrate the whole process that enables the CO2 captured from the steel industry to produce methanol fuel that will be used as fuel in the ship transportation sector.

“This collaboration between the steel and the maritime sectors is the first of its kind and demonstrates that by working together companies from different backgrounds can greatly improve their impact on the climate. For Stena Line this is another successful proof of concept for our methanol conversion ferry and a further bridge towards our aim of fossil free shipping,” says Erik Lewenhaupt, Head of Sustainability Stena Line Group. 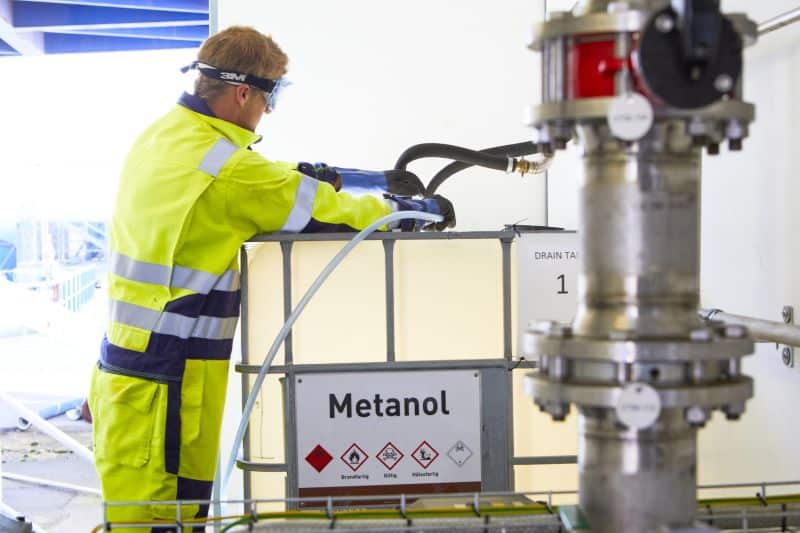 Stena Line is one of the largest and leading ferry operators in the world with 37 vessels operating on 37 ferry routes across Europe. The Swedish ferry company is also a leader in sustainable shipping and is currently 10 years ahead of the international maritime emission reduction targets. By 2030 the Company aim to reduce their total CO2 emissions by 30 %. An important key to success is to increase the use of alternative fuels, such as methanol, hydrogen, and battery power.

Acknowledgement: This project has received funding from the European Commission under the Horizon 2020 programme (Grant number 727504).