HHIC won the bid the build an LNG bunkering vessel for the first time in the world.

In general, fuel is supplied to a ship through LNG storage tank on the land or offshore LNG receiving terminal. If the LNG bunkering vessel is used, however, LNG fuel can be supplied on the sea. 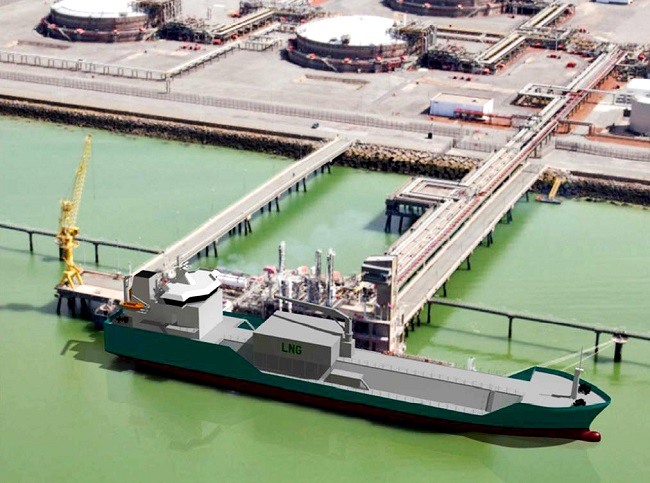 The LNG-fueled vessel can save fuel expenses by 20-50%, compared to conventional oil-fueled ships. In addition, it can dramatically reduced greenhouse gas emissions such as exhaust fumes and sulfur oxides. Therefore, the environment-friendly and economically efficient LNG-fueled ships have become more popular.

At the same time, bunkering-related industry has considerably grown. According to industry reports, LNG price has been stable due to stricter restrictions on greenhouse gas emissions by International Maritime Organization (IMO) and increase in the production of natural gases in the North America and Australia. Therefore, it appears that LNG-fueled vessel and bunkering market would change the paradigm of global shipbuilding industry.

Many ports around the world (especially those in Europe) have expanded related facilities to take the initiative in the upcoming LNG bunkering era. In Korea, unfortunately, there have been few discussions on LNG bunkering, and there hasn’t been a basic plan for this new field yet. Under these unfavorable circumstances, HHIC won the bid to build the world’s first ship-to-ship fueling LNG bunkering vessel.

In particular, this bunkering vessel is capable of fueling 5,000㎥ LNG at a time without additional charging. With propellers and auxiliary propellers (two units each), it has great maneuverability and berthing capacity. Therefore, it can transfer LNG to another ship on the sea without a separate berthing support ship.

In terms of storage tank, it has two IMO’s independent pressurized LNG tanks. In addition, operating efficiency has been maximized using LNG/MGO bi-fuel. An official from HHIC said, “LNG-fueled vessel and LNG bunkering market is a next-generation green ship and blue ocean in LNG industry.” He added, “Based on our success in the bid of the world’s first LNG bunkering vessel, we are going to keep making our best efforts in the construction of high-technology and high-value vessels by securing technical superiority”.