Pioneering subsea communications technology from Sonardyne International Ltd. has been used to stream the first live broadcast to global audiences from an underwater submersible.

AP said that the broadcast via YouTube was “the first multi-camera live signal in full broadcast quality from manned submersibles using optical video transmission techniques, in which the pictures transmit through the waves using the electromagnetic spectrum.” 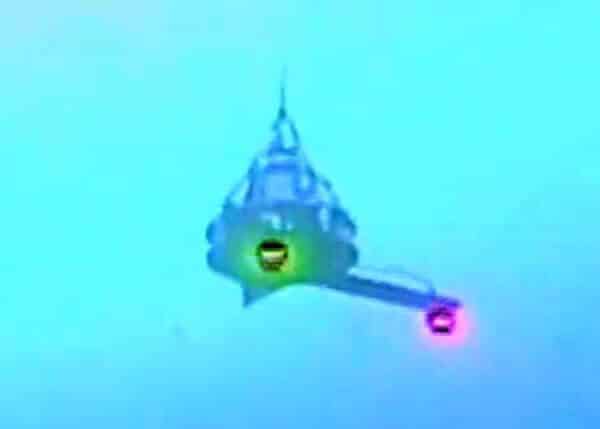 The broadcast is part of the Nekton Deep Ocean Research Institute’s First Descent expedition, which is exploring some of the world’s least explored areas of the ocean around Seychelles, as part of a project to increase understanding and aid protection of the marine life they contain.

By using a Sonardyne BlueComm free space optical modem on the submersible, and a BlueComm receiver deployed from the hull of the Ocean Zephyr research vessel, real-time video from one of the mission’s two submersibles was able to be streamed through the water and then broadcast live across the world, enabling the general public to, in-effect, join the scientists as they explore their underwater habitats.

Next week, Sky News and Sky Atlantic, as part of Sky Ocean Rescue, which have also joined the mission, plan to broadcast three live “subsea programmes”, which will include live simultaneous broadcast from both of the mission’s two, two-person submersibles, again using BlueComm. While video transmission from a manned submersible using optical communications has been achieved before, this will be the first time it has been achieved from two, working in close proximity, which means overcoming the challenges of signal interference.