To develop the world’s first set of harmonised LNG bunkering standards, a network comprising Antwerp, Rotterdam, Singapore and Zeebrugge, subsequently expanded to include Jacksonville and Norway, was formed.

Taking reference from documents by organisations such as the International Association of Ports and Harbours (“IAPH”), the International Organisation for Standardisation (“ISO”) and the Society for Gas as a Marine Fuel (“SGMF”), this set of harmonised standards will ensure that key areas of the LNG bunkering process are aligned across ports carrying out LNG bunkering operations. The standards can also provide a guide to ports seeking to be LNG bunker-ready. 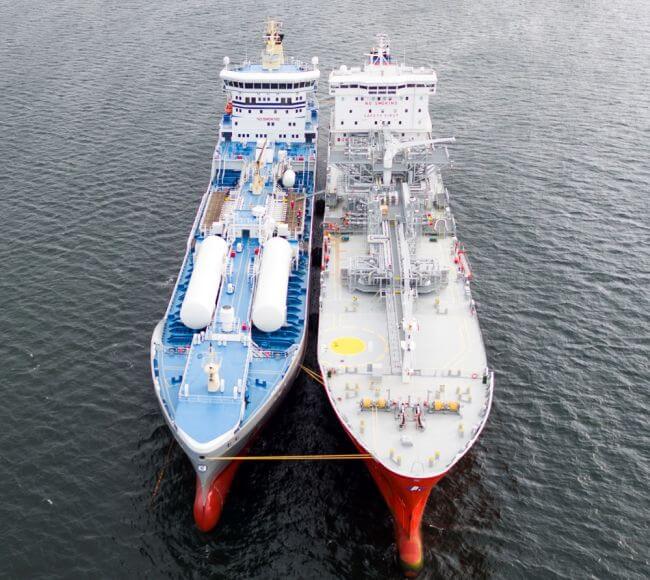 Moving ahead, the Maritime and Port Authority of Singapore (MPA) has driven the expansion of the representation in the network to include the Ministry of Land, Infrastructure, Transport and Tourism, Japan and the Ulsan Port Authority. The expansion of the network was formalized through a Memorandum of Understanding (MoU) signed at the opening ceremony of the 19th Singapore’s International Bunkering Conference and Exhibition yesterday. This MoU will further deepen cooperation and information sharing in relation to LNG bunkering with the intention of developing a network of LNG bunker-ready ports across the East and West and Trans-pacific trade.

Mr Eddy Bruyninckx, Chief Executive of Antwerp Port Authority said, “The port of Antwerp has always endeavoured to play a pioneering role in the LNG story by developing standards and creating infrastructure. We are now in the process of creating an LNG bunker facility in order to have LNG available at any time. However, together, we can do it quicker and better. With this MoU, we are taking a huge leap forward in a harmonised approach towards bunkering and further development of the LNG network, so we can keep moving towards a shipping industry that is more sustainable.”

Mr Andrew Tan, Chief Executive of Maritime and Port Authority of Singapore said, “As the world’s largest bunkering hub, MPA is pleased to co-operate and work with ports in Europe and the USA, and moving ahead, Asian ports, to encourage the use of cleaner marine fuels such as LNG. This development of harmonised bunkering standards is one of the key components in enabling LNG bunkering operations to be conducted safely. We will continue to work with and through this focus group to facilitate LNG as an alternative marine fuel for the future.”

Mr Daniel Davis, President and CEO of the JAX Chamber said, “This is important work on an international scale and the JAX Chamber is proud to be a part of this exceptional group that is leading the way on LNG regulatory issues. Northeast Florida is on the forefront of energy issues and we look forward to working with our international partners.”

Mr Olav Akselsen, Director General of Shipping and Navigation of the Norwegian Maritime Authority said, “The Norwegian Maritime Authority strongly supports the initiative to harmonise the standards for LNG bunkering and is behind the fact that MPA encourages the use of LNG as an alternative fuel. The standards will be beneficial for LNG powered ships and of great importance for the safety of bunkering of liquefied cryogenic gas – for crew, facilities and the receiving ships. They are essential and educative for a sustainable LNG fuel safety culture. For ships, there is an international LNG safety code in place, but for shore-side, the safety standards depend solely on mutual agreements and cooperation between major players.”

Mr Roland van Assche, Director of Oil, Storage, Refining and Shipping of the Port of Rotterdam Authority said, “We are very pleased to sign this MoU, since the Port Authority works to promote the transition from fuel oil to LNG as a transport fuel for the international shipping sector. The development of Rotterdam’s LNG port is in full swing. This year, the Ternsund was the first sea-going vessel able to bunker LNG at Rotterdam. At the end of 2016, the Gate terminal will be opening a third LNG berth, which will be used to load LNG bunker barges. And next year, we will have an LNG bunker vessel at our disposal, thanks to Shell. We hope that our example will be followed all over the world, because we will only be able to succeed in our mission if other ports also embrace LNG.”

Mr Joachim Coens, Chief Executive Officer of the Port of Zeebrugge said, “Zeebrugge has performed as an important LNG hub for nearly thirty years. As a Port Authority, we have great attention for sustainability, in its widest form. This motivation, combined with the expertise of our LNG terminal, has moved us to invest time and effort in becoming a first-mover in LNG bunkering. Our greatest achievement in this particular field is that, by the end of 2016, Zeebrugge will be home to the world’s first seagoing LNG bunkering vessel, now under construction by ENGIE, NYK, MITSUBISHI and FLUXYS. We are very happy to be part of an international cooperation of ports with similar ambitions. It is by working together that we will succeed. The focus group with members from all parts of the world is a strong partnership to promote this opportunity for the shipping industry.”

Mr Michio Kikuchi, Director-General of the Port and Harbours Bureau, Ministry of Land, Infrastructure, Transport and Tourism, Japan said, “Japan is importing one-third of the world’s LNG and pushing LNG bunkering forward under the strong leadership of the government. In particular, the Japanese government is taking necessary steps to strengthen the functional capability of the Port of Yokohama as a base for LNG Bunkering, where LNG bunkering first started last year. Through the operation of the world’s largest fleet of LNG Carriers, the introduction of the world first dedicated LNG bunkering vessel, and everyday operation of the LNG Fuelled Vessels, the technical capabilities and knowledge of Japanese maritime cluster has been growing, giving Japan enough potential to be able to lead the formulation of the international standards for LNG Bunkering. As the world’s largest LNG importing country, Japan is going to contribute to the promotion of LNG as a marine fuel through its participation to this focus group based on the MoU.”

Mr Kang Jong Yeo, President of the Ulsan Port Authority said, “As the largest liquid logistics hub port in North East Asia, UPA is pleased to be able to work with MPA and ports in Asia, Europe and the USA to harmonise our procedures for LNG bunkering. Such co-operation will help facilitate the development of global standards for LNG bunkering.”

Watch: Port Of Antwerp To Attempt World’s First Conversion Of Tugboat To Methanol-Propulsion