The test area is the first one in the world to be globally open to anyone wishing to test autonomous maritime traffic, vessels, or technologies related to it. The test area is managed and controlled by DIMECC Ltd., the co-creation company leading e.g. the One Sea – Autonomous Maritime Ecosystem. The test area was awarded by a Finnish Government Bureau, Centre for Economic Development, Transport and the Environment of Southwest Finland. The area will be named “Jaakonmeri Test Area” in remembrance of Dr. Jaakko Talvitie who contributed to the creation of this historical, the first ever, internationally open maritime test area until his untimely passing away.

Companies, research institutes and others wishing to run tests on the area, can contact DIMECC through the One Sea website. DIMECC will then request for the required information and provide test documentation and information. Once the required permits and contracts are in order, the tests can proceed. Individual testing can last from one to a maximum of six weeks. 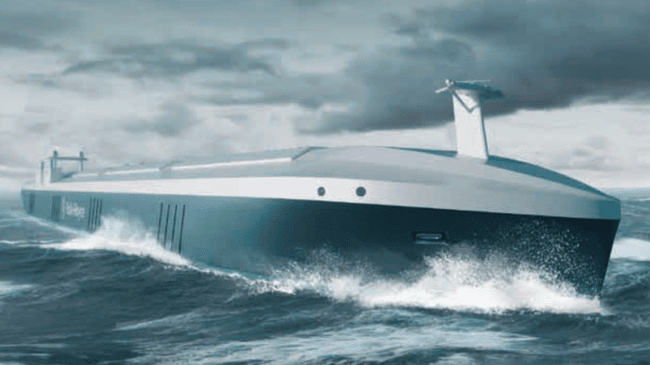 The Jaakonmeri Test Area is located on the Finnish west coast outside the municipality of Eurajoki. The coordinates for the area are:

The longest side of the area to the north is approximately 17.85 km long and the western side is approximately 7.10 km long. The area is open water and offers opportunities to test also in ice conditions during the winter. The test area will have excellent data connectivity available. DIMECC will offer the connectivity through their partners. The connectivity services will be developed incrementally and the plan is also to offer other services to enhance the test experience.

DIMECC is already in discussions about the first tests, that will be announced later. The first tests are expected to be started in the spring of 2018. However, it is possible to initiate testing earlier, if there are actors that wish to start testing already in 2017. Enquiries for test area reservations can be made at https://oneseaecosystem.net/test-area/test-application/.

The Finnish government is strongly committed towards a digital future, which can be seen in the decision to establish this test area. According to the Finnish Minister of Transport and Communications Anne Berner: “Promotion of digitalization and extensive utilization of automation and information are the driving forces of the Government key projects.”(See press release by the Finnish Ministry of Transport and Communication https://www.lvm.fi/-/finland-to-take-the-lead-in-automation-experiments-in-the-maritime-sector.)

The government has invested in intelligent fairways and the closest one is near the test area, on the fairway to Rauma. The application process has also been strongly supported by various governmental agencies and ministries. These include Trafi – the Finnish Transport Safety Agency, Finnish Transport Agency, Ministry of Transport and Communication, Metsähallitus (Ministry of Forestry) and the Finnish funding agency TEKES only to mention a few.

Extensive testing is the prerequisite for safe and successful autonomous traffic. This has been identified as a crucial step, in the roadmaps generated in One Sea. Opening a test area to all the actors developing maritime autonomy will speed up the process globally and enable proof of concept for the commercial applications in this field.

The One Sea ecosystem, founded in 2016, represents exceptionally advanced co-creation where global leaders in their industries work to reach their joint goal of autonomous traffic. The founding partners in the One Sea – Autonomous Maritime Ecosystem are ABB, Cargotec (MacGregor and Kalmar), Ericsson, Meyer Turku, Rolls-Royce, Tieto and Wärtsilä. The association of Finnish Marine Industries supports the work, and the Finnish funding agency TEKES has invested in the ecosystem. The leader of One Sea is DIMECC.