Gazprom Neft has launched the world’s first ever digital Arctic-logistics management system. This innovative project — code-named “Kapitan (Captain)” — has been developed to ensure uninterrupted year-round shipments of all ARCO and Novy Port crude produced, and to improve efficiency in logistics management. The system, developed by specialists at Gazprom Neft, operates under three regimes: long-term and operational planning; control and scheduling of the company’s Arctic fleet; and the analysis and use of artificial intelligence (AI). 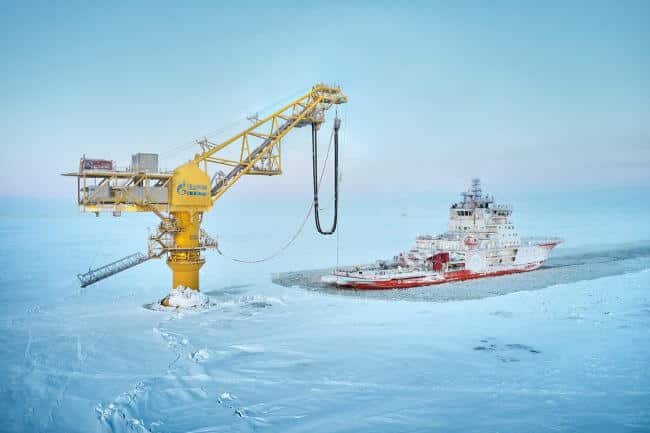 The system’s functionality allows integrated analysis of the fleet’s operational efficiency, route speed estimates, fuel consumption and vessel load volumes to be undertaken in real time. The “Kapitan” system facilitates the online monitoring of vessels’ locations and movements, cargo handling, routes and icebreaker support. Every day the system processes approximately 7,000 input variables and issues optimum logistical solutions, working out more than one million potential options and responding quickly to any deviations. The system independently generates an optimum graphic covering tanker and icebreaker fleet usage and shipments from terminals and floating oil-storage units, synchronising all connections throughout the supply chain. Its functionality facilitates the timely generation of scheduled oil shipments over the next three years, meaning the composition of the company’s directly owned and charter fleet can be optimised.

The core objective of the new system is to manage logistics in the Arctic safely, and to ensure that all oil produced is despatched at the lowest possible cost. It monitors availability at the company’s fields and oil storage facilities round the clock, in line with forecast weather conditions, including information on ice conditions — meaning Gazprom Neft’s Arctic fleet logistics can, where necessary, be adjusted with immediate effect. In addition to this, the system can also work in predictive mode, based on accumulated historical data, which makes it possible to forecast potential limitations that might arise on vessels’ journeys, suggesting the safest and most optimum routes. 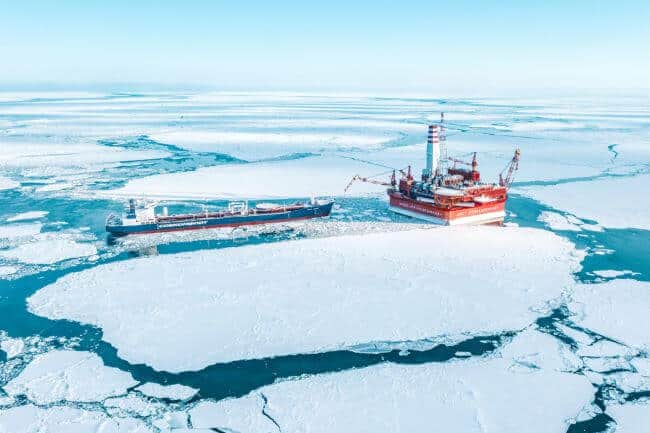 Alexander Dyukov, Chairman of the Management Board, Gazprom Neft, commented: “The question of uninterrupted ad effective logistics is critically important for Gazprom Neft’s Arctic fields, which are some distance from accessible infrastructure: production volumes are directly dependent on the timely shipment of hydrocarbons. Using digital technologies has allowed us to increase efficiency in the company’s operations in the Russian Arctic: pilot tests have already allowed Gazprom Neft to achieve cost reductions of 10 percent under the existing logistics strategy for year-round shipments of Arctic crude blends. By the end of the year this system will be demonstrating the full advantage of the company’s new approach to managing the logistics of transporting growing volumes of oil from fields located in the Arctic Circle. The Kapitan system has the potential to become part of an integrated plan for modernising and expanding key mainline infrastructure to increase freight traffic on the Northern Sea Route.”