The first class renewal of our MV WES AMELIE has been successfully completed end of last November. Beside the general renewal works also the first pre-arrangements for the modification to LNG have been settled.

At the foreship, in the area of the forthcoming tank position, several pipes and cableways have already been relocated. Furthermore it has been started with the instalment of new cables which will be necessary for the electric power supply and for the supervision of the tank and gas equipment in the foreship. 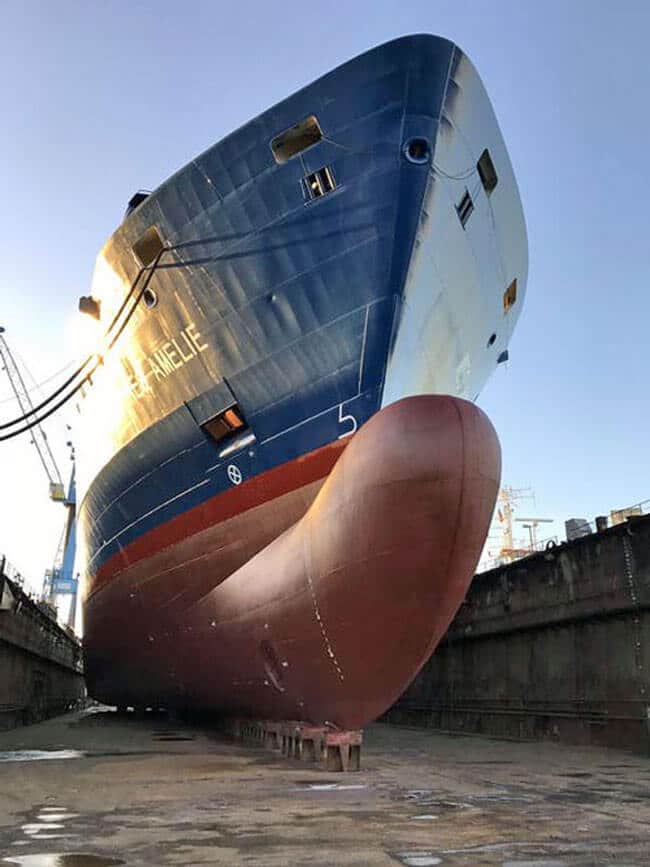 The baseplates for the new components like the pilot fuel system or the decompression valve in the exhaust duct have been installed in the engine room. The most important part of the works has been done with the main engine. 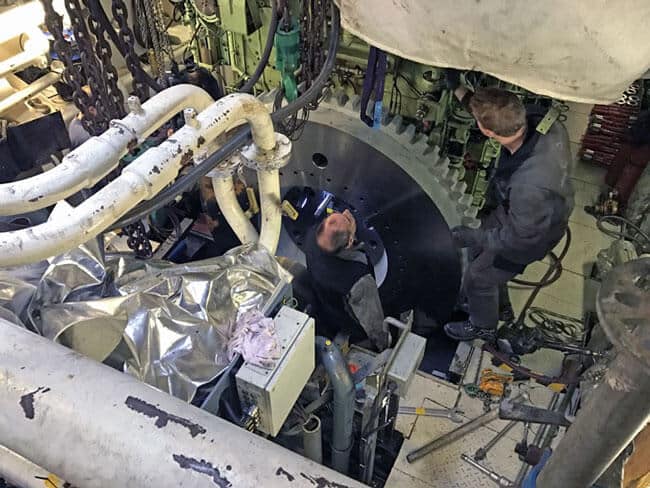 The entire power train has already been changed to the 8L51/69 Version. Therefore the torsional vibration damper, the fly wheel and the coupling have been exchanged. 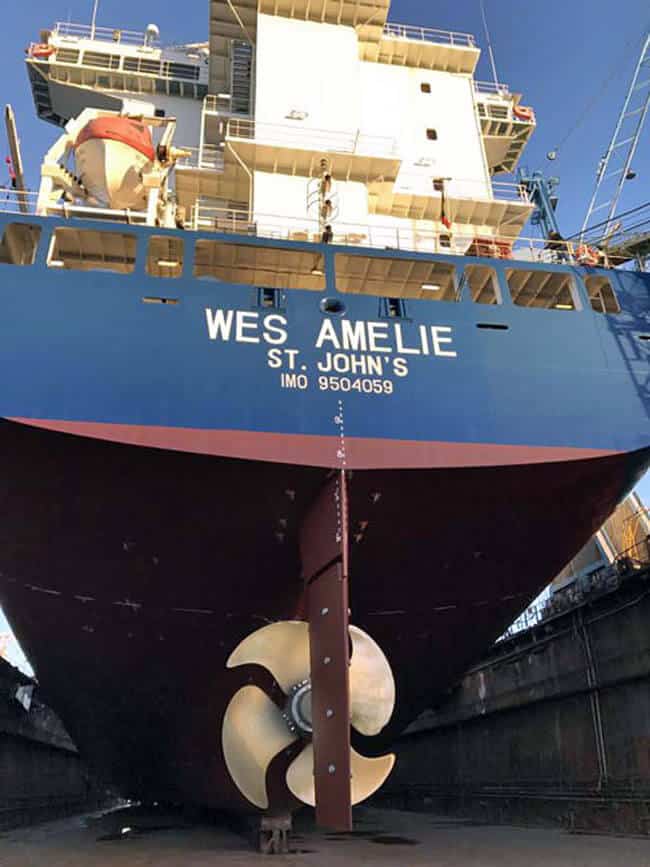 Originally the entire conversion was planned for the class renewal but this plan failed as to delays caused by the market during the development time of project. Actually the conversion is planned for May 2017.