A dive experiment in the Philippines has led to the discovery of the deepest shipwreck of a World War 2 US Navy destroyer ship. A US-based crew mapped and filmed the whole shipwreck. The vessel in question, USS Johnston lies buried 21,180 feet under the Philippine Sea.

People knew about the shipwreck lying somewhere in the area but the exact location couldn’t be traced. This is the first time that the entire wreck site has been mapped and filmed.

The US-based Ocean Expedition company, Caladan Oceanic, unearthed the shipwreck on 31st March using their high-end research vessel DSV Limiting Factor. The wreck lies 100 feet deeper than where it was supposed to be. It lies more than 4 miles below the Pacific. 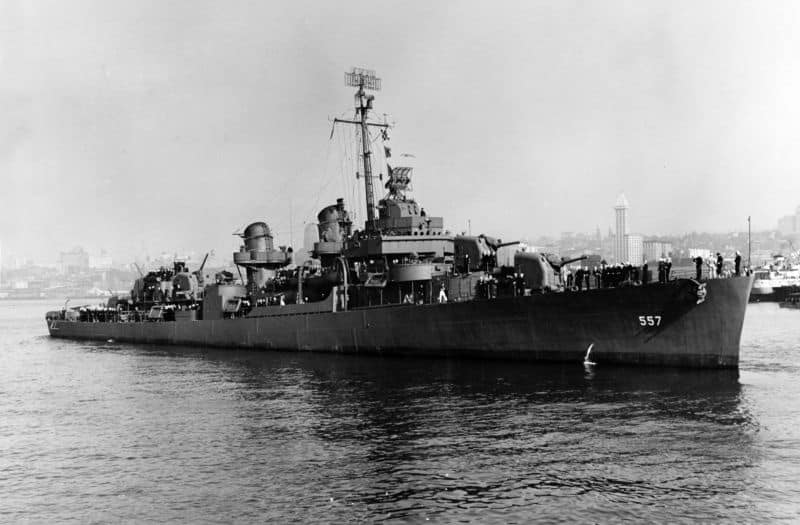 Former US Navy Commander and the Founder of the Caladan Oceanic, Victor Vescovo termed it a personal triumph.

“In some ways, we have come full circle. The Johnston and our own ship were built in the same shipyard, and both served in the US Navy. As a US Navy officer, I’m proud to have helped bring clarity and closure to the Johnston, its crew, and the families of those who fell there”, he said.

Vescovo is a world-renowned explorer who has a penchant for hard to get places. He already holds the world’s first world records of exploring all the continents, poles, and the deepest parts of the ocean.

This survey adds another feather in his cap, that of completing the deepest shipwreck dive in history.

He was controlling the Limiting Factor throughout the process of mapping which required a total time of 16 hours, done in 2 segments of 8 hours, over a span of 2 days.

On 25th October of 1944, the USS Johnston sank after being attacked by the Japanese Navy, in what is known as the Battle off Samar. This was part of the 4 naval battles of the Battle of Leyte Gulf, regarded as the largest battle in naval warfare.

This battle destroyed the Japanese Navy during World War 2. At that time, they were the mightiest in the world.

Sam Cox, the director of the US Naval History and Heritage Command, NHHC, says ” the new images of the wreck of the Johnston will help the Navy put the spotlight on the heroism and history of its crew”.

The ship was named after Lieutenant John V. Johnston, a Civil War hero.

“Two of the three ships that followed the Johnston into the Japanese battle line were also sunk”, said Carl Schuster, a former Navy captain and Hawaii Pacific University instructor.

“The discovery of the USS Johnston serves as yet another reminder of the heroism and sacrifice of that day in Leyte Gulf 77 years ago,” he added.

Cargotec To Establish A Joint Venture Specialised In Dry Bulk Handling With Jce Invest Ab
Want to share your tips and advice? Got questions? Visit the community forum to ask questions, get answers, meet people, and share your tips!