You are here: Home › Shipping News › World’s Biggest Cruise Line Operator To Sell 13 Ships To Cope With Losses Due To COVID-19 Pandemic
TwitterFacebookLinkedInPinterestBuffer

Carnival Corporation, the biggest cruise line operator in the world confirms its plans to sell a total of 13 of its ships this year, in a bid to deal with the losses faced due to the COVID-19 pandemic.

In June 2020, the company sold one ship, named Costa Victoria, before selling P&Os Oceana, at the dawn of July. It is also in preliminary agreements for 3 more, along with the 4 removals announced earlier. The decision comes as strategic planning to phase out old, lesser lucrative ships while also saving money while operations are halted.

Facing a loss of $4.4bn in the second quarter, CEO and president of Carnival Corporations, Arnold Donald, stated that operating costs and capital expenditures have reduced to over $7bn and $5bn respectively, on an annual basis, to help sustain another year with flexibilities. 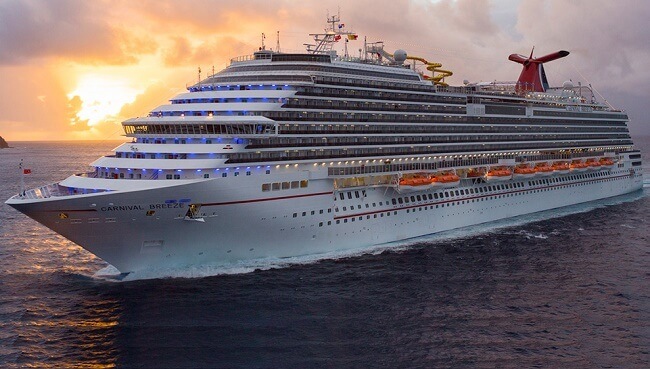 This would also mean that the company is shedding assets while delaying new ship delivered that were scheduled for 2022 and 2023 (fiscal year). Mardi Gras, the newest ship by Carnival will debut at Port Canaveral, next spring. It weighs 180,800 gross tons and a capacity of 5282 passengers in double occupancy.

Vessels from Holland America, Carnival Cruise Line, and Princess Cruises are in line to go, among the 9 brands owned by the parent company, in a fleet of more than 100. Of these, ‘Carnival Fantasy’ has been reportedly sold and sent to the scrapyard in Izmir, Turkey.

While the company has refused to either confirm, deny or comment on the speculation, it has been noted that earlier this year, Carnival Corporations announced the replacement of the 1990-launched ‘‘Fantasy’ with ‘Carnival Fascination’ on the Gulf coast port, Alabama.

On the discussion of decisions made on any ship’s future ahead of the earnings call, the CEO replied that if the sip is relevant and profitable in its fleet, it stays, else it remains to be gone.

The oldest ships in its brands are known to have launched between 1990-1998 carrying passengers in its capacity of 2200 in double occupancy. It remains to be seen if ships like Sun Princess, Maasdam, Veendam, and Carnival Elation are to make way for more efficient vessels.

All ships under the brand of Carnival and operating from the US are currently halted voluntarily until the 15th of September, 2020, and maybe until the 1st of October while it works actively to secure an approval for a viable sailing plan from the Centre for ‘Disease Control and Prevention’.

“We are working hard to resume operations while serving the interests of public health with our way forward informed through consultation with medical experts and scientists from around the world” mentioned Arnold Donald in the second-quarter update filings.