The Samsung Heavy Industries shipyard in South Korea is at present working on what will soon be the biggest container ship in the world with a capacity of carrying 24,000 containers at once.

The HMM St. Petersburg built by the Daewoo Shipbuilding and Marine Engineering is the last of the 12 in the new 24,000 TEU class of vessels that contributes to South Korea’s 5-year plan to revive its shipping industry. Each vessel costs anywhere between $140-151 million each.

The container ship is scheduled to be delivered in mid-September following which it will begin its voyage to Chinese ports, sailing through the Suez Canal to Rotterdam, Antwerp and London. 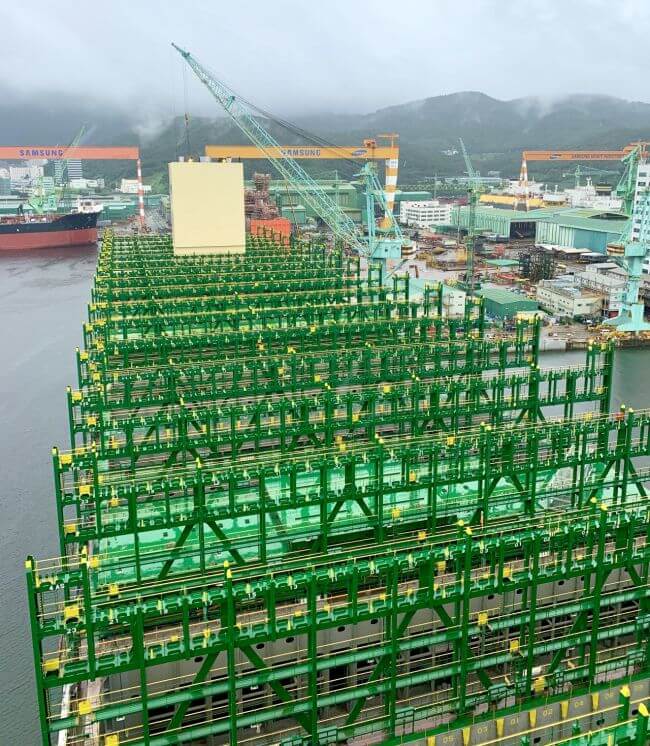 Once it begins, HMM is likely to rise the charts to be the 8th biggest shipping firm worldwide. In an announcement, HMM declared that the pandemic and its consequences on the shipping industry hadn’t affected its business as it recorded its first surplus in 21 quarters.

Over the years, its industry that was previously a strong source of the country’s economic growth slowly began to lose its foothold due to competition from China. Even though it is one of the world’s biggest, the Chinese rose through the ranks due to cheaper competition and global oversupply.

The collapse of Hanjin Shipping, a top container line when its filed for bankruptcy, plummeted the business down even further.

HMM St.Petersburg is 400 metres long, 61 metres wide and 33.2 metered high. It has not been described as longer than the Eiffel Tower, but also as a vessel that can carry up to 7 billion Korean choco-pies (Choco pie is a popular snack in Korea), meaning one for each in the worlds’ population. 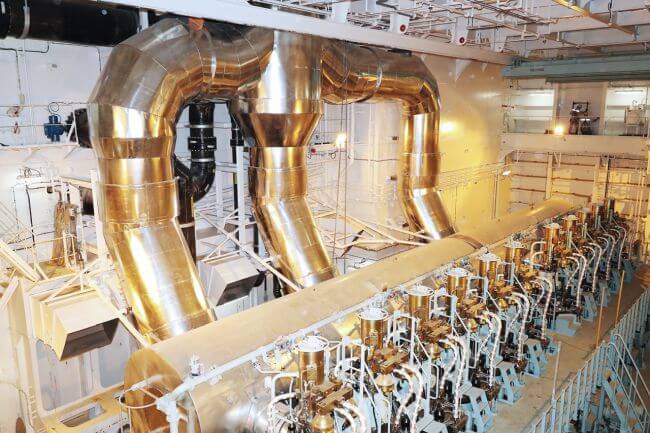 As per the Korean Herald, the engine room consists of 5 decks. There are 5 huge generators inside that will power the vessel and the refrigerated containers. The upper deck are residential accommodations with a bed, bathroom, desk and closet for each. The captain is to reside on the F floor, which is the highest of all.

The N or navigation floor holds a wheelhouse. However, the automatic features of the container ship will primarily run in autopilot and hence will not require manual control constantly.

The 12-week sail undertaken by the ship will host just 10 engineers in the engine room as most of the processes are performed automatically. The other half of the crew, about 12 seafarers will be involved in handling the wheelhouse and containers.