The importance of shipping in supporting and sustaining today’s global society makes it indispensable to the world and to meeting the challenges of the sustainable development agenda, top UN officials declared today, as the international community marked World Maritime Day.

“Maritime transport is the backbone of global trade and the global economy,” said the UN chief in a message on the World Day, which is observed annually on 29 September, and whose theme this year is Shipping: indispensable to the world. 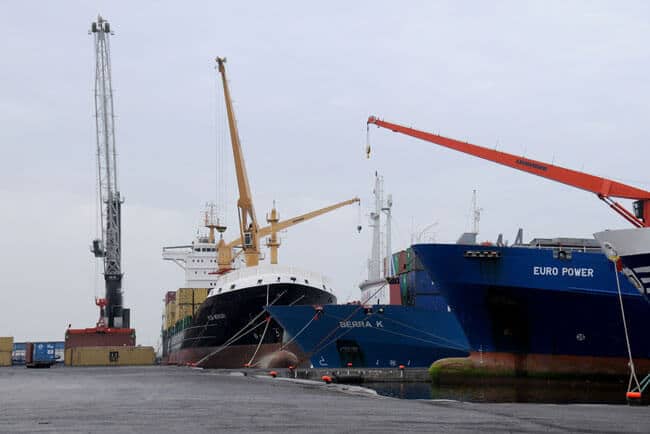 “Everybody in the world benefits from shipping, yet few people realize it. We ship food, technology, medicines, and memories. As the world’s population continues to grow, particularly in developing countries, low-cost and efficient maritime transport has an essential role to play in growth and sustainable development,” he added.

Indeed, the Secretary-General said that shipping helps to ensure that the benefits of trade and commerce are more evenly spread.

“No country is entirely self-sufficient, and every country relies on maritime trade to sell what it has and buy what it needs. Much of what we use and consume in our everyday lives either has been or will be transported by sea, in the form of raw materials, components or finished articles,” he stressed.

Moreover, he said, the jobs and livelihoods of billions of people in the developing world, and standards of living in the industrialized and developed world, depend on ships and shipping. For its part, the shipping industry has played an important part in the dramatic improvements in global living standards that have taken millions of people out of acute poverty in recent years, the Secretary-General said.

The shipping industry will be just as critical for the achievement of the 2030 Agenda for Sustainable Development, the plan agreed to by all global leaders last year for people, peace, planet prosperity and partnership, the UN chief said.

“Yet the vast majority of people are unaware of the key role played by the shipping industry, which is largely hidden from view,” Mr. Ban said, adding that “this is a story that needs to be told.”

In that regard, the Secretary-General highlighted that the International Maritime Organization (IMO) – the UN specialized agency for maritime safety and environmental protection – plays a vital role as the international regulatory body for an industry that spans the globe.

In a separate message to mark the Day, IMO Secretary-General Kitack Lim highlighted that shipping has a major role to play in translating the momentum generated by the 2030 Agenda and the Paris Agreement on climate change into tangible improvements in the lives of people.
“In today’s economy, people all over the world rely on ships to transport the commodities, fuel, foodstuffs, goods and products on which they depend. Maritime transport is the backbone of international trade and global markets,” he said.

“Ships have never been so technically advanced, so sophisticated, never carried so much cargo, never been safer and never been so environment-friendly as they are today. It is thanks to this global fleet and global workforce of over one million seafarers that the import and export of goods on the scale necessary to sustain the modern world can take place. But, if the benefits of globalization are to be evenly spread, all countries must be able to play a full and active part in shipping,” he added.

He also noted that sustainable economic growth, employment, prosperity and stability can all be enhanced through developing maritime trade, improving port infrastructure and efficiency, and promoting seafaring as a career – especially within the developing world. IMO’s work makes a strong contribution in all of these areas, he said.

“As the World Maritime Day theme for 2016 so rightly acknowledges, shipping is indispensable to the world – and is set to remain central to world economic growth as we make the inevitable transition towards an era of clean and sustainable development,” he concluded.